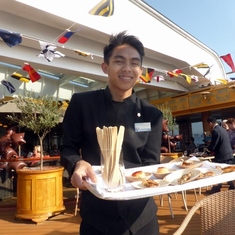 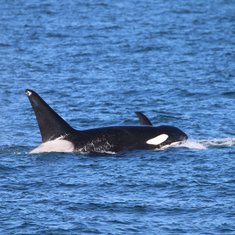 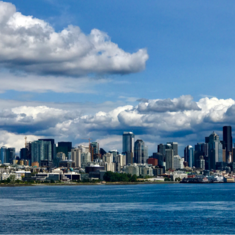 Some Alaska­­ cruises start with a bonus: a visit to Seattle, the de facto capital of the Pacific Northwest. In 2017, the Emerald City completed the replacement its seawall, the latest in a series of rehabilitation developments and new attractions that have benefited the waterfront. If you're going to be in Seattle, these are the spots are worth exploring before you embark.

Things to do in Seattle, Washington

Places to Eat in Seattle

Breakfast: Café Campagne – Transport yourself to France with brunch at this classic Parisian café in Pike Place Market. Executive Chef and Owner Daisley Gordon serves up traditional fare such as oeufs en meurette (poached eggs with a sauce of pearl onions, bacon, and mushrooms), croque-monsieur, and quiche. The restaurant bakes soft-on-the-inside baguettes daily and, on windy days, you can smell the goodness from blocks away. But the real star of the show here is dessert (which includes house-made crème brûlée and clafoutis, a flan-like fruit tart), so be sure to pick some up for later.

Lunch: Salumi – This salami shop — run by Armandino Batali, father of celebrity chef Mario — has operated at cult status since 1999. Diners line up for simplicity served right. The lunch menu comprises sandwiches, salads, and a special or two. All of the meats are cured in-house; the finnochiona (fennel) salami with provolone is a classic.

Dinner: Matt’s in the Market – Sample the freshest fish in the region (including geoduck, a large saltwater clam indigenous to the Northwest) at this sophisticated eatery, located on the third floor of the Corner Market Building. An open kitchen enables diners to watch as chefs whip up dishes such as sturgeon with fava beans and mint pesto, and sea scallops with celery-caper berry relish. Reserve a table near the windows so you can watch the bustle below.

Dessert: Top Pot Doughnuts – Doughnuts are to Seattle what cupcakes are to just about everywhere else: all the rage. This local chainlet’s flagship café, on Fifth Avenue under the Monorail, has ample seating so you can savor your treat with coffee. Try the decadently messy raspberry bismark, a cake doughnut oozing real raspberry filling.

For everyone: Seattle Aquarium – Housed within Pier 59 on the Seattle Waterfront, this attraction offers an approachable yet detailed introduction to the marine life of the Pacific Northwest. The “Window on Washington Waters” exhibit is home to a 120,000-gallon viewing tank with more than 800 fish and invertebrates indigenous to Puget Sound. Another don’t-miss: Daily feedings in an underwater dome are a huge hit with visitors young and old.

For couples: Olympic Sculpture Park – City officials scored a major victory when they repurposed a 9-acre industrial site into an indoor/outdoor sculpture park over a decade ago. Today, a Z-shaped path leads visitors past works by Alexander Calder, Louise Bourgeois, and others. The park also looks out on nature’s sculptures: the Olympic Mountains to the west.

For families: Soundbridge – This interactive music center, which is part of Benaroya Hall, offers children’s classes that emphasize exploration and immersion. The center even offers Sensory Friendly Concerts hosted by a board-certified music therapist for kids with autism and other disabilities.

For the adventurous: Seattle Great Wheel – Locals and visitors alike have embraced Seattle’s spin on the London Eye. On clear days, the 175-foot-tall observation wheel on Pier 57 offers some of the best vistas of the Olympic Mountains to the west. In all, the wheel spins 42 enclosed gondolas, meaning you can ride in rain or shine. At night, the attraction lights up like a carnival, making it a spectacle in and of itself. Seattle Wineries TourOver the last 20 years, the state of Washington has catapulted into the role of...

I’m biased as this is my home city. Seattle is an amazing place to visit. If you do go, make sure you get to Pike Place market and if you have time to wings over Washington.

It’s true that umbrellas don’t work well here because it’s so windy. A cheap dollar store rain poncho in your backpack Is a lifesaver. Pikes marketplace is a must to see; so Chilhuly Gardens & Space Needle. We enjoyed Miners Landing with lots of fun shops

We love Seattle and Pikes Place Market and have been several times. We were lucky to have great weather both going and returning. I recommend folks doing their own thing in Seattle vs. an excursion.

We arrived in Seattle earlier and visited the Space Needle, Pike's Fish Market, and the glass museum. We even went to a baseball game and had a fabulous time.

There are currently 1 discussions about Seattle, Washington.

Other Ports In U.S. - Pacific, Northwest