Relaxing Getaway to the Western Caribbean 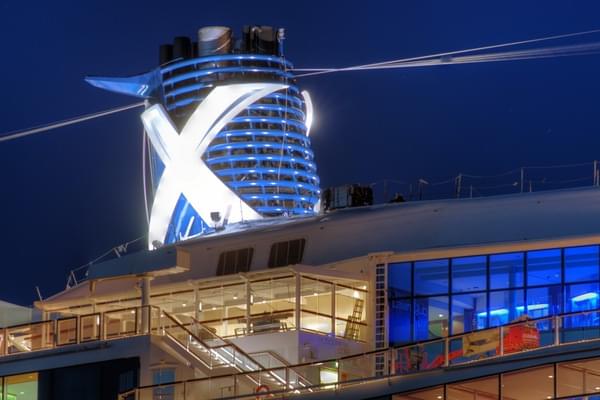 Overall, it was a great vacation and we booked another cruise for next year! Very excited!

5 out of 5
We arrived to the pier early, around 10:30am and were literally on the ship by 11am. They apparently got the ship ready early and there were not a lot of people at the pier yet and we breezed right through with the super friendly staff guiding the way. We had Aquaclass with priority embarkation, but I don't think it really made a difference in this case.

5 out of 5
Let's start with drink. Celebrity does it right. We got the classic beverage package included in our booking, so we upgraded to the premium package for $10 per day. Celebrity has such a wide variety of drinks and wine and we love it. From an Aperol Spritz by the pool to a nice selection of wine by the glass at dinner, Celebrity does not disappoint. We also loved the World Class Bar! Great place for a pre-dinner drink! For food, we had aquaclass, so we had most dinners in Blu. Blu was definitely a step up from the MDR and it really was like being in specialty dining every night. The entire staff at Blu was amazing from the host and hostess to the waiter, assistant waiter and sommelier. The food was great every night except for the steak I had one night. It wasn't the best cut of meat, but certainly was not terrible. Lobster night was definitely amazing. Breakfast was also great and usually we just eat a small breakfast at the buffet with maybe one stop to the MDR, but we had breakfast at Blu every day except one. It was a beautiful way to start breakfast with the open blue windows. We also had dinner one night at Murano and it never disappoints. The Chateaubriand and Lobster was amazingly delicious and our waiter was a hoot.

4 out of 5
I feel like the onboard activities were a bit lacking this time. Two years ago on the Reflection, the cruise director was visible always and there was literally a party planned every night. Last year on the Equinox, they also had a lot of entertainment by the pool. This year, they had the silent disco twice and a pool deck night party. They were fun. but it did not seem like there was as much going on this year. We just went to the show and hung out in the casino.

4 out of 5
The comedian was hilarious and he did a late night show at the end of the trip that was a little more crude. Everyone was hysterically laughing. The production show was fine but made no sense. Just a lot of singing and dancing numbers that were not cohesive.

5 out of 5
The service and staff is top notch like a 5-star resort. Except for one rude bartender that would not let us order a drink and a bottle of water (because only one drink at a time, which NO one enforces with water), it was all great. From our room attendant to Blu to Cafe al Baccio, all staff was completely professional.

5 out of 5
Looks brand new. The ship is 7 years old and you would never know it. The only thing I noticed that showed some age were the chair and sofa in our stateroom. They are made out of a faux-leather material and it was wearing off on the top corners. I am being nit-picky here but otherwise, super clean.

5 out of 5
This is an aquaclass room just below the pool deck near the elevators. The room was a standard balcony with the bed near the bathroom. We were "on the hump" so the balcony was three times larger than usual and we had a table, two chairs and two foot rests. The overhang from the pool deck extends out above, so we did not get a lot of sun and the room seemed darker than usual (we have been on deck 6 on our previous cruises). There was also an air handler above the room, which you couldn't hear unless we were at port but it was white noise, so it did not bother us. The location was great, with a 2 minute walk to the pool, so if you wanted to run back to the room, it was easy.

5 out of 5
This was a nice port. Had no idea what to expect and it was a cute town. We went parasailing and it was a fun time and then just walked around and had lunch.
Thumbs Up 2

2 out of 5
This is a port created for cruise ships in the middle of nowhere. Literally, it is tropical jungle and ocean with this port. When you exit the ship, you enter what looks like something out of Jurassic Park. It is completely commercialized with bars, shops, restaurants and a pool. We took the tram to the city of Mahahual. It was about 10 minutes away and was only $3 per person. It was very windy so we didn't really want to go to the beach (and there was seaweed everywhere). This was an old fishing village that has become a cruise ship port, so it is really a bunch of bars and restaurants on the beach. Very small town and lots of people pushing outdoor massages. We had a few beers, chips, salsa and guac and decided to go eat and drink for free on the ship. This was a throw-away port for me. If you wanted to see ruins (we have been before), this would be a good port as it is closer than Cozumel.
Thumbs Up 5

4 out of 5
Been here once before and went to Tulum. It was way too far away, so we decided to go into town and walk around. It was a nice day. Walked around, had some drinks and had some great tacos for lunch as recommended by one of our waitresses. People were very friendly.
Thumbs Up 5

5 out of 5
We took a taxi to the Royal Palms Beach Club. What a great day. The beach was breathtakingly beautiful and we rented two chairs and an umbrella and then proceeded to have several buckets of beer, some lunch and lots of swimming time. This was the perfect day and i wish I were back. I wouldn't mind going back to the Cayman Islands.
Thumbs Up 19

4 out of 5
There were 7 ships in port that day and we were the last one in. Disembarkation was slow but I blame US Customs and not Celebrity. When our number was called (30) the line was all the way back to the specialty restaurants. Luckily we had global entry, so we did not have to wait in line. It took about an hour to get an Uber as traffic was terrible and there were a lot of security checkpoints. Stinks for the driver, but he got a decent fair to MIA. Again, this was not Celebrity's fault.
Flag

Glad you enjoyed your cruise. Thanks for the thorough review
Thumbs Up 0
Flag

This is my favorite ship. We have sailed it twice and were on the ship super early both times.
Thumbs Up 0
Flag