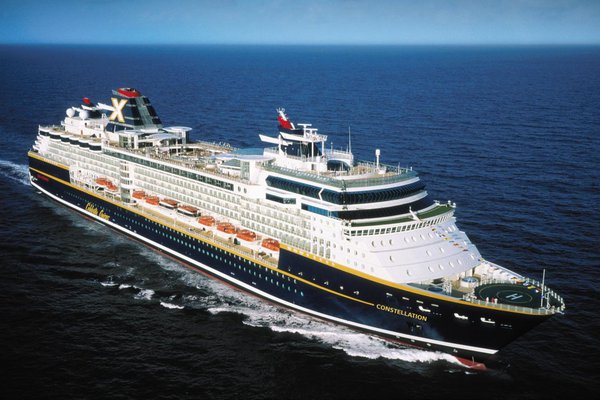 Overall, the cruise was great. Though the Constellation was not my favorite ship, we had a blast and are really happy that we did this itinerary. The production staff was amazing, the food was all consistently good and all of the people that work on the ship were spectacular. It will definitely be one to remember.

5 out of 5
Embarkation was flawless. Dropped off at port via tax, dropped off luggage, walked in and got sea pass card with no line and walked right onto the ship at 10:45am.

5 out of 5
This was the best MDR experience I have ever had on a cruise ship. We went to Tuscan (specialty) and it was great as expected but the MDR was constantly good.

5 out of 5
The production cast and aerialists were amazing as well as the guest entertainers. Also, one of the best cruses for entertainment that we have been on.

4 out of 5
Nothing really to complain about this ship. It was clean but it does show its age, not in cleanliness, but in design when compared to the Solstice-class ships. This was our first time on the Millennium-class and we prefer the S-Class.

4 out of 5
Standard balcony cabin. I feel like it did not have as much storage as some other cruises we have been on, but no complaints.

5 out of 5
Valencia was absolutely beautiful. Port is a bit of a trek from the city and you really cannot walk. We took a taxi, which was about €10 each way, but quick. We walked around the old town, saw the old Mercat and then walked down the old river (that is now a park) and saw the new Arts and Sciences center with its great architecture.
Thumbs Up 5

4 out of 5
Took a taxi to the beach club areas and it was dead and expensive (and honestly not very nice) so we ended up going back to Old Ibiza Town and walking around the walled city. Views were great! Stopped and had some sangria and it was a delightful afternoon. Ended up going back to the ship early to just hang out by the pool and have a late lunch.
Thumbs Up 2

5 out of 5
Port is a bit of a trek from the city, so it was a short taxi ride and wasn't too expensive. Saw the beautiful cathedral and walked around the old city. It was beautiful and I would definitely come back for a trip here to see more of this city and the island itself.
Thumbs Up 4

5 out of 5
This is the only port where we did an excursion. Catania itself does not look very nice and I am glad we made this decision. Went to Mt. Etna, which was spectacular. It looks like you are on the moon! Then we visited Taormina for about 2 hours. The drive was great and it is perched on a hill. Beautiful town.
Thumbs Up 1

5 out of 5
AMAZING. This was the jewel of this cruise. We hiked to the top of the fortress (about 1,300 steps up) and it was a trek but the views were spectacular. Walked around the old town and had lunch. It was a great day. This is a tender port and it was very windy, so we were not able to get off the ship until about 11am, but it all worked out. The captain really tried his best to get us into this port and get us to shore.
Thumbs Up 5

5 out of 5
Another great port. Ship is right in town, which is great. Clean city to walk around and see the old church, palace and sights. Had a lovely wine and charcuterie lunch with all Croatian products. Would really like to go back to Croatia.
Thumbs Up 1

Venice, Italy Did not visit port