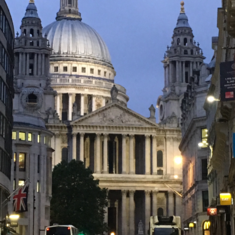 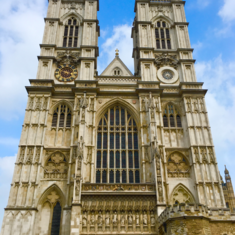 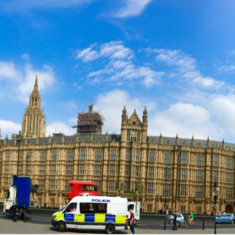 London is one of the greatest capitals of the world. Teeming with the history of a past empire, yet sustaining itself as a modern center of popular culture, London is a vibrant city with attractions and activities to suit every taste. From the magnificence of Buckingham Palace and Big Ben to the pulsating nightlife in discoteques and jazz clubs, London continues to be a great world city. Magic of London and Tea
$185/Adult

Magic of London and TeaBegin the morning with a visit to St Paul's Cathedral, a masterpiece designed... Welcome to LondonBegin the morning with a visit to St Paul's Cathedral, a masterpiece designed by Wr... Unescorted Day Trip to ParisEnjoy a little retail therapy in Paris thanks to the Eurostar! Clocking... Open Top London Double Decker Bus and Thames CruiseRide high above the streets of London as you tour...

We stayed in Greenwich before the cruise and loved this more casual city within London.

We did this "port" which is really Dover on our own in the listed city of London. If you were on the ship you would have had to travel back to London either on your own via train or via planned excursions or offered bus from the ship. London is great, but not doing it from Dover with the loss of 2-3 hours for travel. We requested an 'embarkation deviation' and spent the first ship night in London (at our exepense) and joined the ship on day 2 before actual departure from Dover. Allowing us a day and 1/2 to see London.

I didn't need five days to see London. We were docked in Dover and I took the train into downtown. Buying the all day metro pass helped in seeing as much as I did. First I toured the Tower of London and feasted my eyes on the Royal Crowns and Jewels. Then a quick walk onto the London bridge for photo ops and then to Big Ben and the Parliament building, then a short walk to Westminster Abby. From there back on the metro and to Kensington Palace where the current royals all have apartments. Once I walked the grounds and took more photos I then stopped for lunch and had fish and chips before heading to Buckingham Palace. For an afternoon of being a tourist I did manage to see quite a bit for the time allotted. Most people I chatted with on the train ride back, they couldn't believe I saw as much as I did! You must have a plan and an even better execution. Simply the highlight of my 30 day cruise and I will do this again! Ciao

There are currently 0 discussions about London, England.

Other Ports In Europe - Western Europe