Most cruisers stick to the Caribbean when planning their vacations, and given the cost of a transatlantic plane ticket, I can certainly understand why. But on my recent Mediterranean cruise, I realized that are certain things you’ll never be able to do if you only sail in the Caribbean: 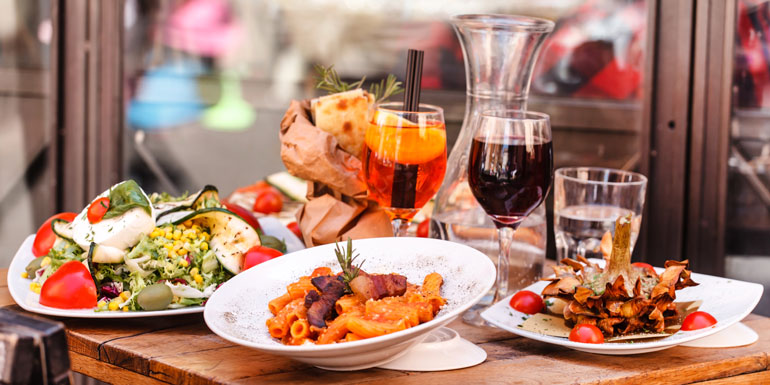 If this doesn't entice your appetite, we don't know what will. - Photo by Shebeko / Shutterstock

It’s a cliche, but it’s worth repeating: Southern Europeans really know how to cook. Caribbean food can get our taste buds going too, but you’re not going to get an overwhelming variety of culinary experiences as you sail from one port to the next. Meanwhile, over the course of a single Mediterranean cruise, you could have Gourmet French cuisine at a charming sidewalk cafe in Marseille, real Italian pizza and pasta in Naples, and fresh Greek yogurt in Athens.

Tip: Sometimes, you can even get this variety in a single port: In Nice, France, the Italian heritage means you'll find an eclectic dining scene with terrific pizza and pasta dishes competing with French classics like Ratatouille for space on cafe menus.

2. Enjoy some of the best-known beverages in the world, right where they’re made. 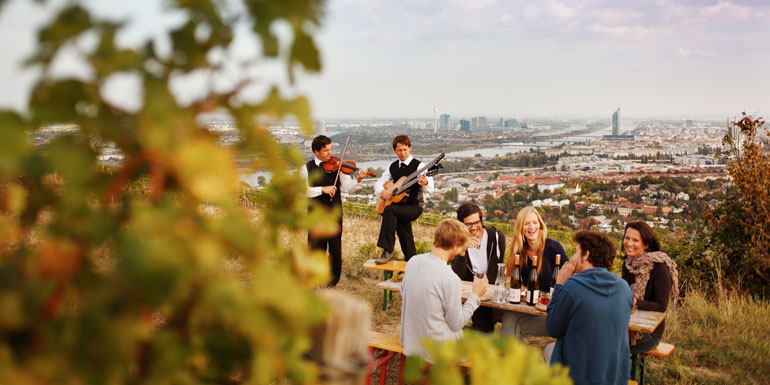 You'll have plenty of chances to go on a wine tour. - Photo by Wien Tourismus / Peter Rigaud

Sail on a fancy enough cruise line, and you’ll be able to order renowned beverages like Limoncello, Italian wine, and Ouzo no matter where you sail. But on a Mediterranean cruise, you can sail straight to the sources of these famous libations and sample Limoncello in Sorrento, Italian wine in Naples, and Ouzo in Ephesus. 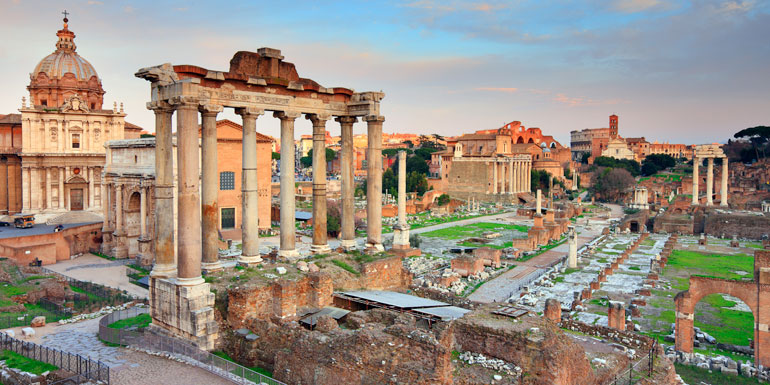 Stroll like a Senator through the ruins of the Roman Forum. - Photo by Shutterstock

Sure, the Caribbean has history too, but other than a few notable exceptions like Chichen Itza, most of the interesting history doesn’t go back for more than five or six centuries. If you really want to travel back in time, you need to start at the cradles of western civilization: Rome and Athens. Here you can see the foundations for western government  in the Parthenon and the Roman Forum, plus numerous other highpoints of architecture, culture, and art. The best part? These two cities are among the most popular embarkation and debarkation spots for European cruises, so you're not limited to just 5 or 6 hours like you would be in a Caribbean port. If you’re concerned about not seeing everything, you can plan an extended stay before or after your cruise.

4. Immerse yourself in gorgeous natural landscapes (that aren’t just beaches). 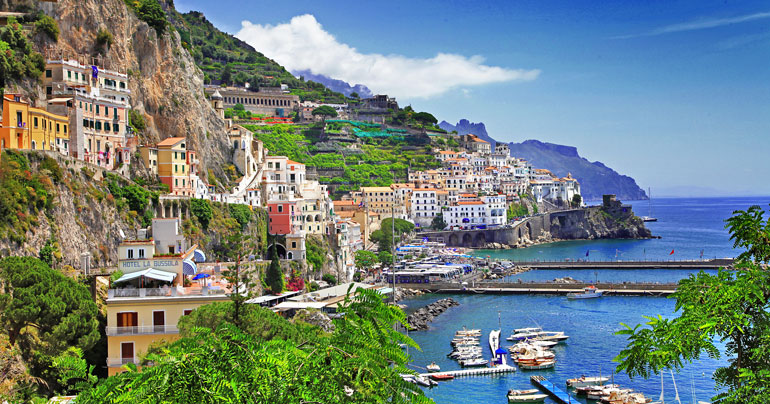 Amalfi will be one of the harder ports to leave. - Photo by leoks / Shutterstock

The Caribbean has some of the most beautiful beaches in the world, and only a few strips of sand on the Mediterranean can come close to Sapphire Beach in St. Thomas or Cupecoy Beach in St. Martin. But if you’ve already seen your share of aqua-blue water and white sand, you can explore the gorgeous vertical towns of the Amalfi coast in Italy, catch a sunset from the Caldera in Santorini, or drive across the world’s longest suspension bridge over the Strait of Messina. And if you do need a little sun and sand on your cruise, France’s Ivory Coast has more than enough beach resorts to keep you happy.

5. Explore some of the most influential cultural and artistic landmarks in the world. 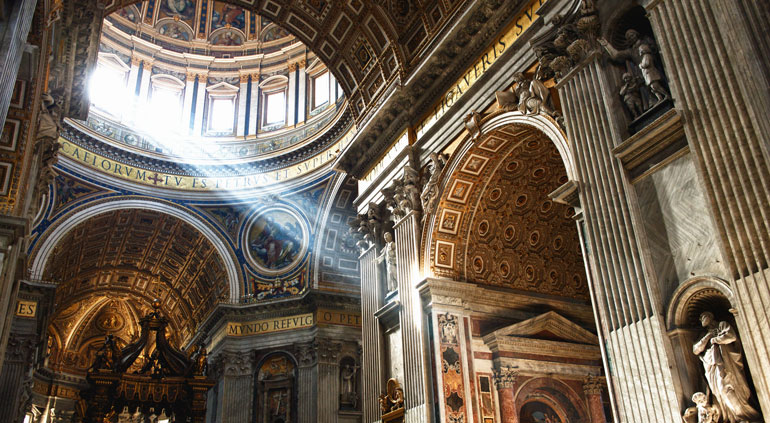 The interior of St. Peter's Basilica in Vatican City. - Photo by Rasulov / Shutterstock

On a typical Caribbean cruise, you can probably find a couple of museums or cultural landmarks that will satisfy your intellectual curiosity while you attempt to break up the port days full of kayaking, ziplining, and lounging around on the beach. But if art and culture are your primary means of relaxation rather than a mere change of pace, it doesn’t get much better than seeing Michelangelo’s David at the Accademia Gallery in Florence, the museums and art in Vatican City and thousands of years of maritime history in Crete, Sicily and more.

What's your favorite thing to do in the Med that you can't do in the Caribbean?

Great article with awesome examples! The food and wine, the music and culture, the history and people – we love it all! Thanks Simon!