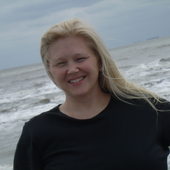 1 out of 5
Verified Review 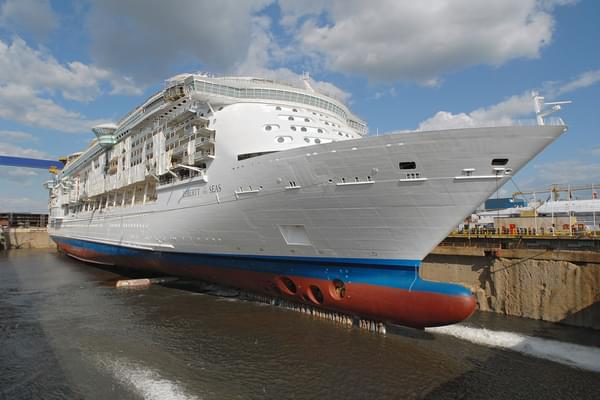 Ship: Liberty of the Seas

First, the redeeming qualities of this ship: The SHIP itself is big & beautiful, some of the evening shows were absolutely phenomenal, the rock wall climbing and on-board surfing simulator were challenging and fun, and MOST of the staff were SO awesome. But the food and desserts were AWFUL, and the same foods were served every day on the buffet deck. There were a FEW good things available, but MOST of the food was cheap and gross. (I asked around, and LOTS of other passengers, old and young, were very disappointed too) The soft-serve machine is ONLY open 11AM to 7PM - annoying! The hot tubs were closed even for the ADULTS before 9PM. (Carnival and Disney have 24 hour food and soft serve ice cream, VERY late night hot tub hours, and no fee for room service between midnight and 5 AM) The rock wall climbing and surf simulator are only open during certain parts of the day, rather than ALL day. The ice skating they brag about? Forget it. Only open for the performers, the teen group, and very specific activities for SHORT windows of time, on certain days. They don't just open up the ice for you to skate on when you want to during the day. The on board itineraries are lame. Prepare to be BORED, unless you want to spend ALL day doing nothing but gambling in the casino that reeks like an ash-tray, drinking, shopping, or spending money in the spa for some treatment, supplement or body care product. There were occasional, SHORT trivia games, scavenger hunts, and dancing activities each day, which filled up maybe 2 of the hours between 10AM to 6PM  (8 hours) until the evening shows began. You have to get tickets for the on board shows, within 2 hour windows on certain days. Otherwise you get bad seats, usually NOT beside your family or friends, and last-minute seating. Some people with tickets don't even show up for the performances. I think it should be first come, first served with no saving seats!  (That works great on Carnival and Disney ships) Large screen, outdoor movies were nice, but too infrequent, & overlapped with evening performances, which was SO unnecessary. (Disney has much better activities and many MORE, even for adults!) Our cabin attendant didn't clean our room for 3 days, (we found out LATER it was because my teenagers were in the room without me there when he came to clean - why didn't he just say something?) and we ran out of toilet paper twice, AFTER we had already reported that we were almost out. (3 girls in one room.)  Finally, we completely skipped our port in Honduras because; rather than getting a poor woman with a "medical emergency" a helicopter ride back to shore in a FRACTION of the time; we wasted 8 hours by turning the whole ship around and returning to Grand Cayman when we were 4 hours away! What kind of "medical EMERGENCY" can wait 4 freakin' hours?!!!!

3 out of 5
I thought the beds were comfortable, but my kids and friends thought they were NOT comfortable. The shower design was very nice, and the closet space was decent. We would have preferred a couch rather than just a chair. The large flat-screen, horizontal rotating TVs were nice too.

Most important tip: DON'T CHOOSE ROYAL CARIBBEAN!!! RUN!!!!! Disney is the best, unless you have teens with you. If you do have teens, I'm telling you - go with Carnival. Carnival has the BEST teen activities.

1 out of 5
We skipped this port. But our excursion would have been fabulous! Others have said that this place is worth seeing.
Thumbs Up 1

Disney DOES spoil you, that is for sure! We LOVE Disney but we want to try to cruise more often and with their prices we aren't able to do that. (maybe if we lived closer to Florida and didn't have to add the cost of airfare!) We will be sailing Liberty in February right after she comes back from dry dock with the new water slides. So we know it won't be Disney so we will just adjust and still do everything we can to have a great time and maybe do some excursions this time. We didn't do any excursions on the last 2 Disney cruises (because of the cost of everything just to be there!) and just enjoyed the quiet, not so crowded ship. Sorry to hear that you did not enjoy the trip as much as you had hoped. Good luck on your next cruise vacation.
Thumbs Up 0
Flag

I was not expressed with Oasis of the sea entertainment.
Thumbs Up 0
Flag

I was also on there at the same time and if you actually asked staff they said there was terrorist threats in Honduras and that's why they turned around. You can't blame them for trying to keep people safe!
Thumbs Up 0
Flag

Another Cruise
Nine Wonderful Nights!
Great except no Roatan
Loading...