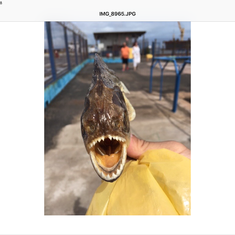 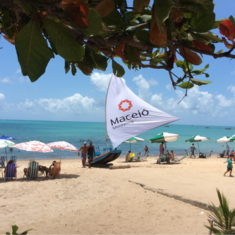 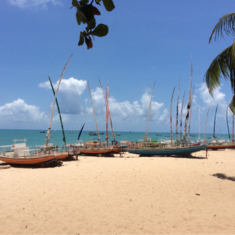 Sailed with the Costa Fascinosa. The port authorities didn't allot us to walk around the port so we had the option to take a free shuttle to clear the port or pay for a shuttle to take us into town. The paid shuttle was roughly €7 pp round-trip. We had to go to guest services the morning of to pay for our shuttle which was added to our account. The paid shuttle dropped us off at a market near the beach. We walked along the road beach, took some photos and got into the water. It was really early when the ship docked so we didn't expect anything to be open. But, a lot of beach side restaurants and bars opened that day around 9am. We really weren't harassed all that much walking a long the beach. Many of the sellers were renting beach chairs for the day. We caught the shuttle back to the boat. It was all really well organised. A Costa rep was always near the market to direct passengers to the shuttle.

The free shuttle didn’t stop at the end of the port like it was supposed to but went to the Mercado, so I had to take a taxi to church instead of walk, but it was fine. The Market was impressive.

There are currently 0 discussions about Maceio, Brazil.

Other Ports In South America