Anthem out of NY in February

4 out of 5
Verified Review 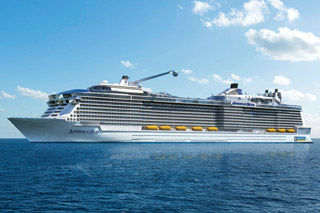 Ship: Anthem of the Seas

Went during winter break (February) and we were with a large group, so it was a fun time.  Ship quite modern in its design.  I personally like the older ships with a more warm atmosphere.  Ships like the Oasis line have captured both in a grand way, that ambience is lacking in the Anthem of the Seas.

Leaving from NY in Winter, we were at sea for several days.  The on-site pool was lacking in music, entertainment, special events.  There was literally no music; we had to provide our own.  RCCL has to take a good look at that aspect of their trips from NY.  No fanfare going under the Verrazano, which definitely calls for some!  Have cruised many, many times on RCCL, so I can compare experiences to the different ships/routes. Entertainment was not up to par for RCCL. This is one route that needs improvement.

But, overall RCCL always strives to provide the best experience (mainly Kudos to their staff who  definitely go above their 'pay scale' to make it a great trip.

5 out of 5
Was pleasantly surprised to find an actual shower with a square design and a swing in & out shower door. That was a plus. Overhead bins were a great asset also. BUT, the partial obstruction of the lifeboats, even though aligned with the deck, were very intrusive. Could not get a picture without a piece of the boat in the shot. There was no relaxing with breakfast on the balcony. Just an ugly, yellow boat to look down on. Our last morning at sea, we awoke, opened door and there was a deckhand checking out the boat. Not the view we wanted.

Bring your own music!