The Trump administration has announced a crackdown on tourism to Cuba, a move that could affect American cruise line calls there.

During a speech on Wednesday in Miami, the president’s national security advisor John Bolton announced the restrictions, which also include Venezuela and Nicaragua. The new rules include a cap on the amount of money that people in the United States can send to their families in Cuba. The Obama administration had lifted limits, but the new limit will be $1,000 per person, per quarter ($4,000 per year). In 2016, $3 billion was sent to Cuba from the United States this way.

The crackdown will also rescind the Obama administration’s efforts to open up relations and commerce with Cuba, and that might include the end of cruises from the U.S. to the island nation. Even now, Americans aren’t technically allowed to visit Cuba as tourists, but can travel there if they fill out an affidavit saying they have certain reasons to be there, including family visits or “support for the Cuban people.”

The first American cruise line to receive approval to cruise to Cuba was the now-defunct social impact brand Fathom, which was launched by Carnival Corporation in 2015. Since then, several other cruise lines have received approval to sail there including Royal Caribbean, Norwegian Cruise Line, and another Carnival Corp.-owned brand, Carnival Cruise Line. It’s unclear yet whether those lines will still be able to dock their ships in Cuba under these new rules.

“The troika of tyranny — Cuba, Venezuela and Nicaragua — is beginning to crumble,” Bolton said during his south Florida speech. “The United States looks forward to watching each corner of this sordid triangle of terror fall: in Havana, in Caracas, and in Managua.” 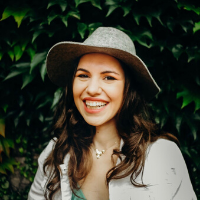 Have you ever taken a cruise to Cuba? Are you planning to book one soon in case they go away?

I believe if the US has open relationship with Cuba it may just have a very large impact to the Cuban government to fall. Once the people realize just how much they are missing every day. At one time Cuba was a wealthy Island. I could be wrong with my thoughts.

It amazes me how many are "whining" about not getting to go support a Communists Dictatorship that murders and imprisons it's Citizens.....Why don't you all go visit Venezuela or North Korea, both are nice this time of year and the People are so friendly and could use you meager showering of US Dollars over their needy heads.... Social Justice Warriors disguised as Cruise Passengers....FFS !