Can you cruise to Cuba? 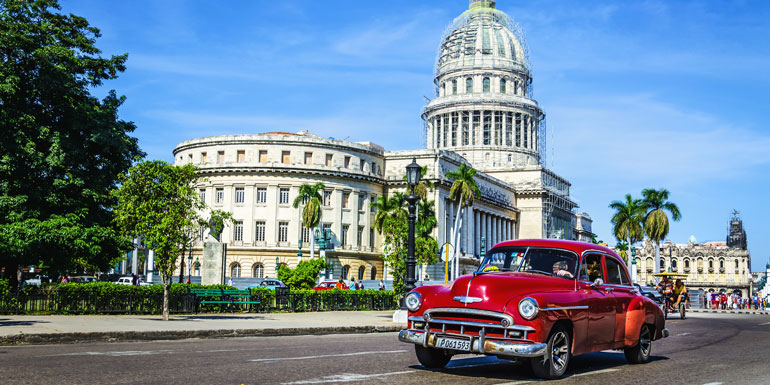 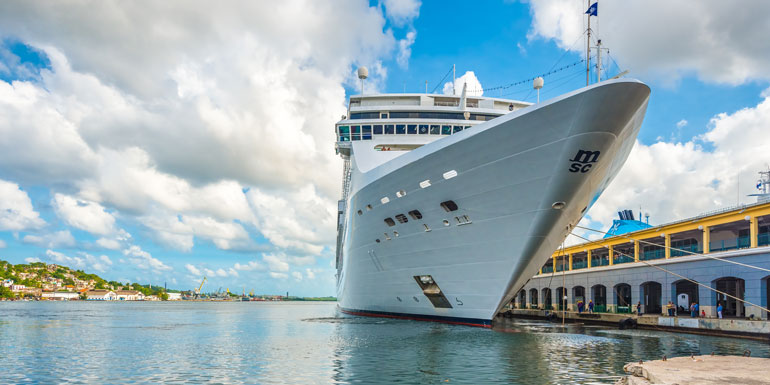 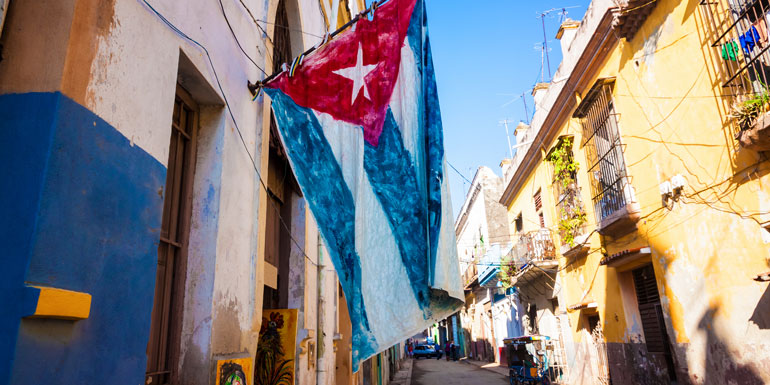 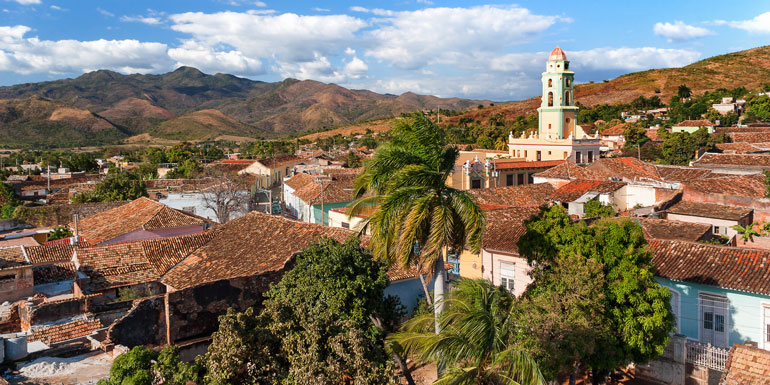 Thanks to authorizations granted by the Cuban government to US-based cruise lines in December 2016, at least seven cruise lines will be sailing from US ports bound for Cuba beginning in 2017.

Note: These rules only apply to US citizens. Citizens of other countries aren’t covered under the economic embargo and can enjoy relatively restriction free travel to the island. For international citizens, both MSC Cruises and Celeystal Cruises offer regular cruises that focus on Cuba as a destination.

1. Can Americans cruise to Cuba?

Yes, and although the number of cruise lines sailing to Cuba is expanding, options are still somewhat limited. The longstanding economic embargo is still in place and Americans can only travel to Cuba if their trip falls into 1 of 12 categories. Most Americans visiting Cuba on a cruise are likely to do so under the “people-to-people” category of travel.

2. What does “people-to-people” travel mean?

People-to-people travel means that rather than tourist-oriented activities, your time ashore in Cuba must focus on educational and cultural exchange activities. The cruise lines are expected to operate shore excursions that conform to this requirement, independent exploration is allowed and you must “self-certify” that your time ashore qualified as “people-to-people” travel.

3. How much does it cost to cruise to Cuba?

Though not all cruise lines have released itineraries and pricing, cruises that include Cuba as a port of call are expected to carry a premium price as Americans are eager to visit a country that was off-limits for over 50 years.

A side street in Old Havana. - Photo by Kamira / Shutterstock

Your time ashore must conform to people-to-people travel requirements (see above).

Havana is the most popular stop, but Cienfuegos and Santiago de Cuba are also offered on some itineraries.

MSC Opera docked at the port of Havana. - Photo by Kamira / Shutterstock

No individual visa is necessary for US citizens but you’ll need to get a license for your trip through the cruise line or travel organization that’s sponsoring your trip. You’ll be provided with details when you book.

US credit and debit cards are not yet widely accepted in Cuba, so you’ll want to have plenty of US dollars on hand.

Because of the trade embargo, Cubans could only trade cars that were on the road before 1979. - Photo by Anna Jedynak / Shutterstock

8. Can I bring back cigars?

Yes! You can bring back up to $100 USD pp in Cuban cigars or alcohol of travelling on approved trip to Cuba.

9. Which lines are cruising to Cuba?

The following cruise lines will sail to Cuba in 2017.

Itineraries: While Fathom was the first line to start sailing into Cuba last year, it has announced that it will cease operations in the Summer of 2017. Until then, it will host 10 cruises to Cuba from Miami on Adonia, with the final one departing on May 28, 2017.

Itineraries: Although no itineraries have been officially announced, Norwegian will be offering four-day voyages aboard Norwegian Sky with overnights in Havana in May 2017.

Itineraries: Oceania will sail to Cuba with one 14-day and two 10-day Caribbean cruises from Miami aboard Marina. Every voyage will head to Havana with two of the voyages staying overnight, giving guests two days to explore the city.

Cuba Highlights: Oceania gives cruisers a choice of excursions that “explore the people, music, art, history and culture of the island in compliance with OFAC regulations.” Guest scholars and lecturers will also deliver presentations on board the ship detailing “Cuba’s past, present and future.”

Itinerary: This small line will be one of the first to sail to Cuba, with a 10-night cruise aboard Pearl Mist departing from Fort Lauderdale on January 17, 2017. So far the line is offering 11 cruises from January to May.

Itineraries: Regent’s sailing to Cuba will aboard Seven Seas Mariner with offer two itineraries in April 2017, both of which include an overnight call in Havana. The first voyage, Sunset Splendors, departs Miami on April 11 for 7 nights, followed by Tropical Discoveries also a 7-night voyage departing from Miami on April 18.

Cuba Highlights: Tours offer cruisers the chance to “Take a stroll down the iconic Malecon [and] snap a photo with a 50’s Cadillac,” purchase “hand-made authentic Cubans” or “ordering a mojito at Hemingway’s favorite bar, El Floridita.” Thanks to the overnight in port, cruisers can experience Havana’s nightlife and “dance the night away at a salsa club or catch a show at the world famous Tropicana cabaret.”

Empress of the Seas - Photo by Royal Caribbean

Cuba Highlights: While in Havana, Royal Caribbean will show cruisers “some of the city’s most notable squares, historic neighborhoods, a local artisan market, Havana’s rum museum as well as Hemingway’s former residence and favorite haunts.”

Are you planning a cruise to Cuba?

Cruising to Cuba with NCL in June!