Behind the Curtain: How Cruise Lines Are Revolutionizing Entertainment

While enjoying an onboard show during your cruise, you probably don’t think too often about just how much work goes into putting one of these detailed performances together. There is more to consider and plan than most of us would ever begin to imagine. To give you just a small idea of where it all begins, we’re going to tell you a bit about three cruise lines’ rehearsal studios where the magic happens, and the hard work that goes into transforming an idea into an extravagant cruise ship production. 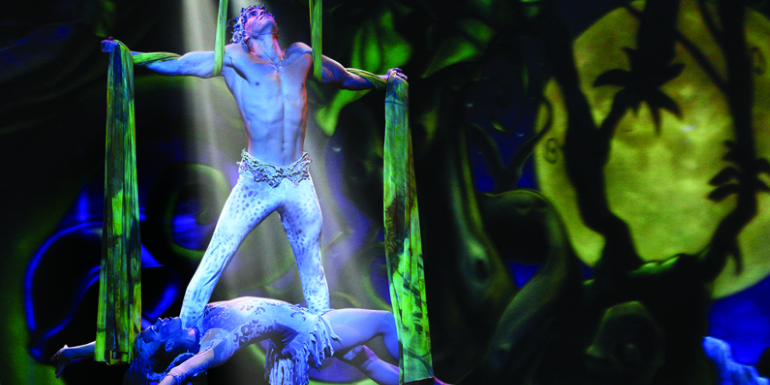 It’s been over three years now since Norwegian Cruise Line Holdings, which owns Norwegian Cruise Line, Oceania Cruises, and Regent Seven Seas Cruises, opened their 46,000 square foot stage show studio in an office park near Tampa, Florida. They chose the location not only because of its proximity to a major airport and large theme parks like Busch Gardens, Universal Orlando Resort, and Walt Disney World, but because Tampa is actually one of the southeast’s entertainment industry hubs. On any given day, there are hundreds of performers, seamstresses, sound techs, production writers, choreographers, and lighting engineers spending their time there, putting in long hours for the shows that will be performed onboard the company’s large fleet of ships. Up to nine production casts can rehearse at once in studios that can be precisely set up to mimic the exact size and layout of the stages on each ship. During 2017, the studio in Florida will host over 800 production cast members for training in 134 full production shows. There are also 128 “bumper” numbers and 21 different cabarets between Norwegian's three cruise line brands.

Two of the giant studios in the facility are equipped with soaring scaffolding, which are used to rehearse aerial performances for onboard shows, like Norwegian Cruise Line’s three “Cirque Dreams” productions. A lot of attention goes into ensuring that the rehearsal space is just like the cruise ship - all the way down to backstage areas. If there’s a low hanging pipe in a backstage hallway and a tiny closet-like space to change costumes for the next act on the ship, you’ll find that in the Riverview studio too. Performers learn everything that they can about ship life before they step onboard to minimize unwelcomed surprises when it’s time for the real deal. 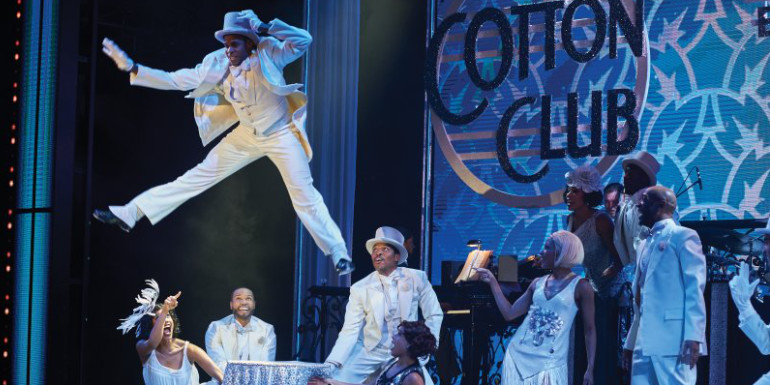 To give another idea of how large this building is, the wardrobe storage room alone can hold a whopping 25,000 costumes. Costume designers and seamstresses work tirelessly putting clothing together for dozens of different shows, but they also have an extra factor to take into consideration: the climate on the open water. The humidity, salt water air, and even the water used to launder the clothes is factored in to give costumes the longevity they need. Each and every ship needs about 300 costumes for (typically) four shows that are performed onboard.

Once an idea is put into motion, it will usually be a full 16 months before that show hits the cruise ship stage for opening night; what the entertainment department calls a “production cycle.” Norwegian Creative Studios’ Senior Director of Entertainment Production Robert Hertenstein explains why this process takes nearly a year and a half.  “Once a show is pitched and accepted, we start with designs and bid out different scenery shops and costume shops. We will also start the workshop choreography within the first three months, then run auditions and begin the casting process. The last 4-6 weeks, we start the rehearsal process as well as the technical build onboard and bring it all together about 10-14 days before opening night.” Most shows run at least five years aboard the ships, depending upon their popularity  and the ships’ particular itineraries. 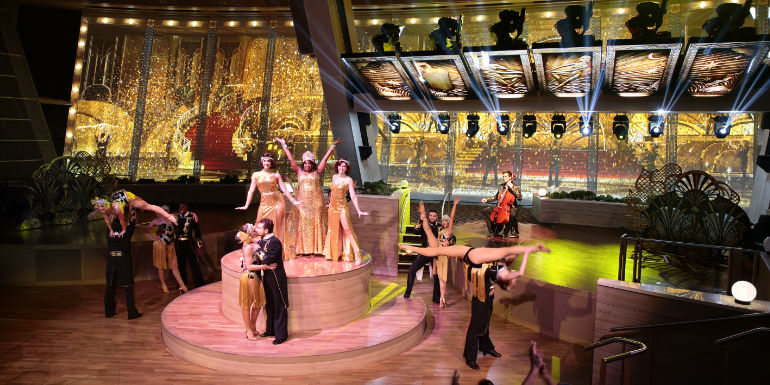 Much like their massive ships, Royal Caribbean’s studio dwarfs their competitors in terms of sheer size. Their 132,500 square foot North Miami facility is said to be the largest rehearsal complex in the world, and is visible from space. Royal is dedicated when it comes to the productions they offer onboard their fleet of 25 ships and counting. Each year, over 1,500 performers utilize the studio for rehearsals and training.

Located on the Florida International University campus, the facilities has 14 dance studios, 15 vocal rehearsal rooms, an audio recording studio, two aerial training studios, an aerial conditioning studio, a finishing studio, and a separate building with apartments for performers that live there during their rehearsal time. Nearly every night during a cruise, there is a performance happening somewhere on every Royal Caribbean ship, with performances ranging from acrobatics, high diving, and ice skating to more traditional song and dance shows. Not only do talented performers train at the studio, but show costumes and sets are designed and made there too. The complex includes a 20,000 square foot space dedicated solely to the costume department, where every costume comes to life. 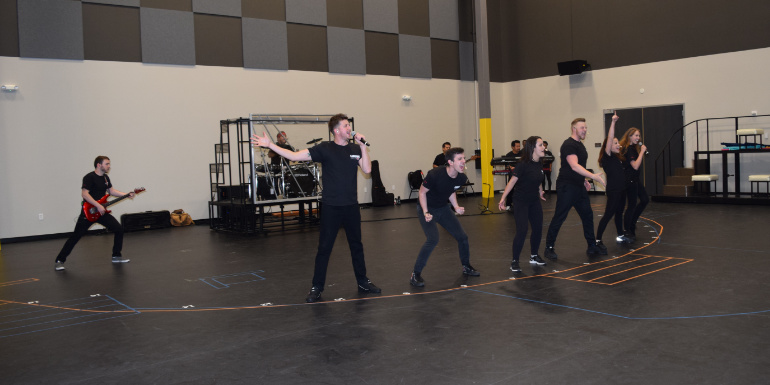 In early 2017, Carnival Cruise Line opened their newly renovated and expanded 44,500 square foot rehearsal space just outside of Fort Lauderdale, Florida. Three years in the making, the unveiling marked a special milestone for Carnival’s entertainment department - performers, behind the scenes employees, and top-rated Broadway talent could come together to collaborate and put all of the finely-tuned pieces together that a production entails. Being within the metropolis of Fort Lauderdale also means that Carnival Studios is just a stone’s throw away from the line’s headquarters in Miami.

Step inside, and you’ll discover that cruise ship main stage configurations have been replicated within five dance studios at the facility, including one with a 480 square foot LED screen like the ones used for the line’s Playlist Productions shows onboard. There’s also eight music studios, a training room, and offices for Carnival’s entertainment department so that they’re able to keep close to the action. During any given week, hundreds of performers, costume designers, and technical crew members will be hard at work both rehearsing existing shows and conceptualizing new ones.

What's your favorite entertainment production that you've seen on a cruise?