How much does a cruise cost?

Cruise fares can be extremely enticing, with weeklong Caribbean sailings routinely advertised for less than $75 per person per day. Unfortunately, the advertised fare does not accurately represent total cost of a cruise. There’s still no doubt that a vacation at sea is a great value, but how much does a cruise really cost? To make sure you budget the right amount for your vacation, check out our tips to estimate the total cost of your cruise before you book:

Note: These estimates are just that… estimates. You could end up paying a lot more (or a lot less) for each aspect depending on a variety of factors, your personal spending habits chief among them. 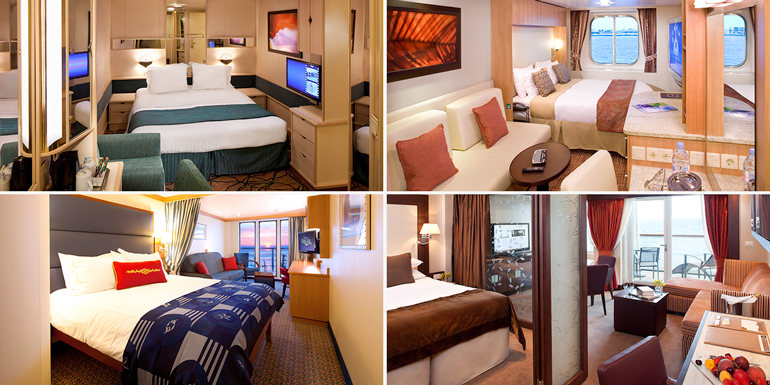 The size of the cabin is the biggest factor in the cost of your cruise fare. - Photo by Cruiseline.com

The three major factors that will influence the cost of your cruise fare are the line you sail on, the cabin you book, and where you travel to. For the sake of this article, we’re going to assume you’re going on typical 7 night Caribbean cruise with a mainstream line like Carnival, Royal Caribbean, Norwegian, Celebrity, or Princess. It’s possible to find an inside cabin on a Carnival for $50/night, but a balcony cabin on the same cruise could cost $200/night, so there's a lot of range here.

Tip: Unlike hotel prices, cruise fares are listed per person, not per cabin, with rates based on two people occupying a stateroom. Cruise lines offer single travelers the opportunity to book a double cabin for themselves by charging a “single supplement,” which is basically 1 ½ times the list price for one person. Some cruise lines even offer studio staterooms designed and priced for solo travelers. The bottom line: You’ll save a lot of money if you bring a friend!

2. Factor in the cost of flights and fees. 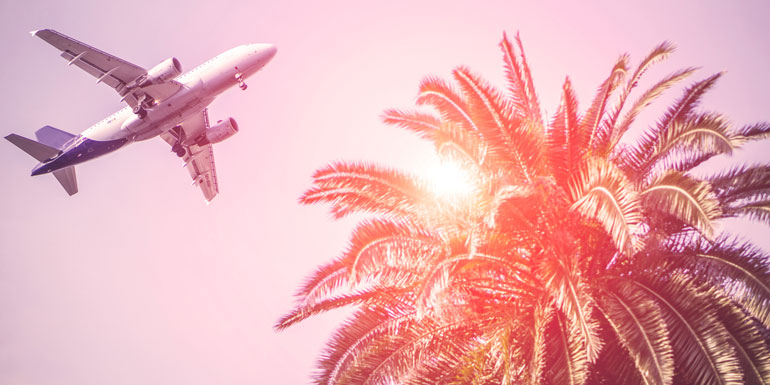 Be sure to arrive well before your cruise sets sail. - Photo by Shutterstock.com

Add in the cost of flights. Sometimes port taxes are included in the advertised fares, and sometimes they’re not; if they’re not, expect to pay about $100 to $200 per person, depending on the destination and length of the cruise. Government fees and taxes are rarely included in the list rate and can be an additional several hundred dollars per person.

Related: Should you use a travel agent to help you book your cruise?

3. Add in transfers between the ship and the airport on both ends. 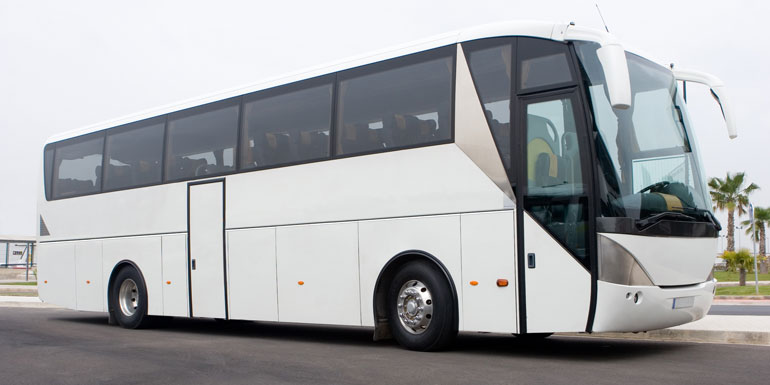 The cost of the shuttle can vary depending on the length of the trip. - Photo by Cruiseline.com

Factor in the transfer costs of the bus or taxi to get you between the airport and the ship for both embarkation and disembarkation. The cruise line’s bus transfer makes sense if you’re traveling alone or as a couple; if you’re a group of three or four, a taxi may be your cheapest and quickest option. Driving to the port? Figure in parking charges instead. 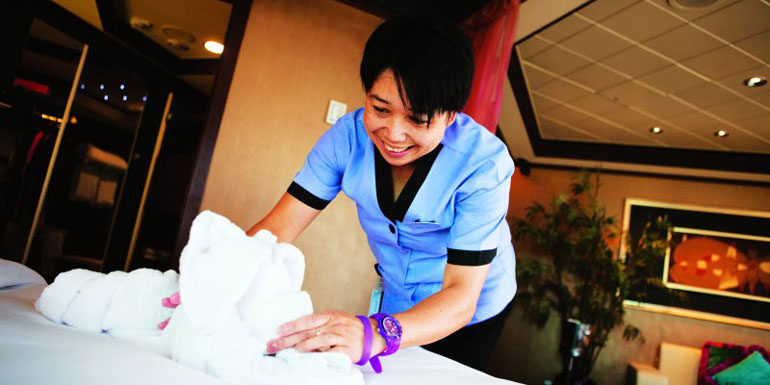 The excellent service on cruise ships is almost always worth the extra cost. - Photo by Norwegian Cruise Line

Unless you’re sailing on one of the high-end lines that include everything in the fare, tipping on a cruise ship is expected and will set you back about $80 to $90 per person per week — about $12 per person per day. On some cruise lines, the tip is required rather than optional, so read the fine print. Some lines discount this amount for children, and babies under age 2 aren’t usually charged at all. In addition, 10 to 15 percent gratuity is typically added to bar bills — for alcohol and soft drinks — and gratuities are applied to spa treatments as well.

5. Remember that drinks add up. 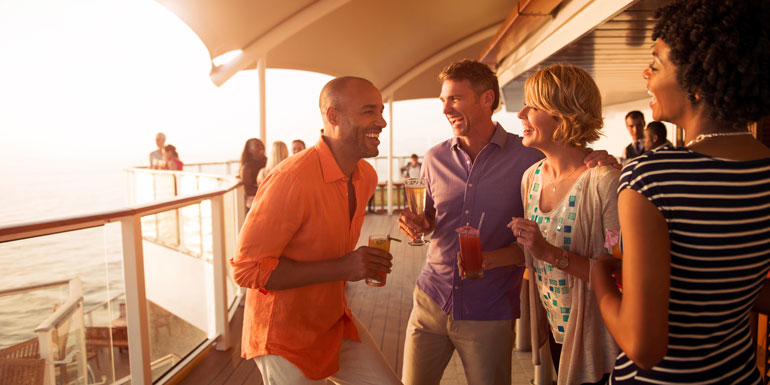 If you’re a drinker, beer, cocktails, and wine can quickly increase the cost of your cruise. Expect to pay $5 to $12 per drink, depending on your beverage of choice. A can of soda or a small bottle of water costs approximately $2. Most lines sell drink packages for alcohol, unlimited fountain sodas, or packages of bottled water; these make sense if you tend to drink a lot throughout the day. Deal or no deal, buying these packages makes it easier to figure out your budget for the week.

6. Expect to pay extra for some activities and specialty restaurants. 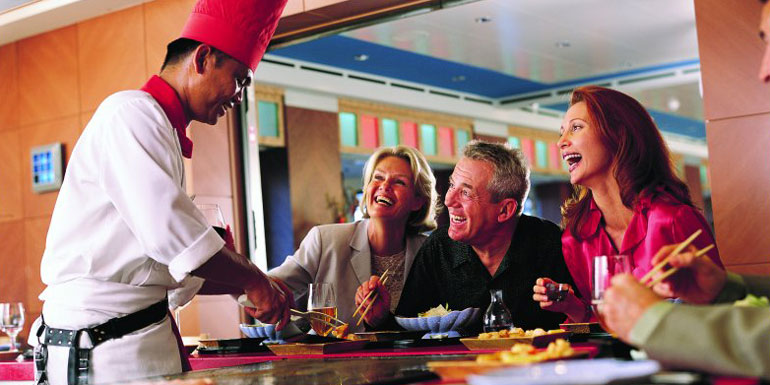 Visiting the spa or taking classes in the gym on a cruise ship will cost you. And on some lines, aerobics classes and other sea day activities come with small additional fees. The cost of specialty restaurants and the myriad of options has also increased dramatically in the last decade.

7. Include the costs of shore excursions. 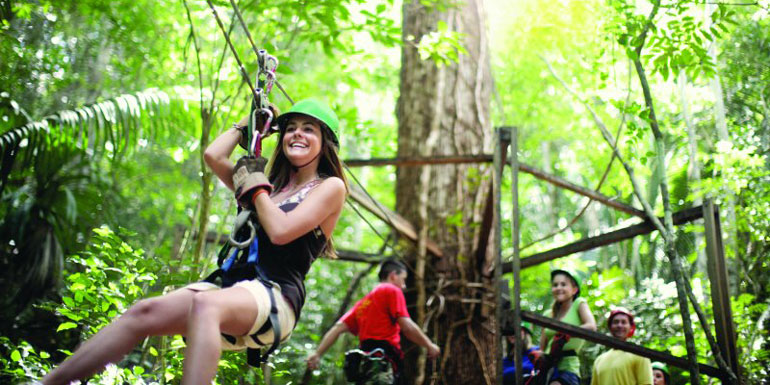 Unless you plan on exploring independently, signing up for the ship’s group tours can set you back anywhere from $50 to $400 per person per day. The cheapest excursion options are walking tours, and the most expensive are flightseeing excursions in helicopters and specialty tours that involve private meals, wine tastings, and adventures like hot air ballooning or watching the Grand Prix in Monaco. Sure, these may be once-in-a-lifetime adventures, and we’re not suggesting skipping them — just be sure they’re part of your budget from the beginning.

8. Add it all together 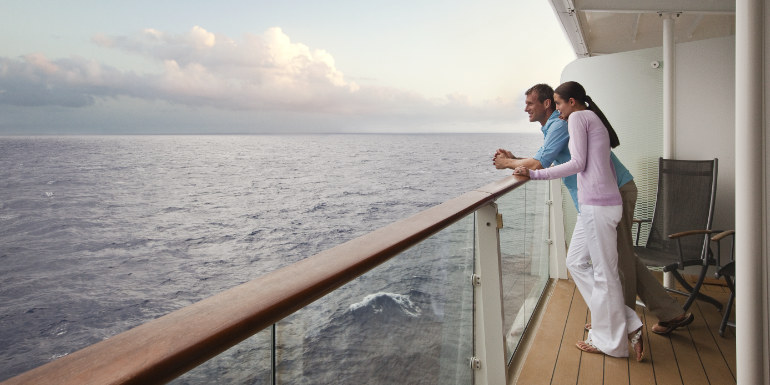 Cruises truly are the best bang for your buck. - Photo by Paul Gauguin

Once we add everything together, we have the following range:

Yes, it’s a pretty big range. Odds are, most people will end up somewhere in between $1,500 and $2,000 per person. Now, it’s true that if you were to drink only water, explore ports on your own, and stick to the main dining room and buffets, you could easily knock a couple hundred more off the price. But to be perfectly honest, that doesn’t sound like much fun to us.

What charges tend to surprise you on your final bill?

My wife and I are big on photography. We take lots of pictures, easily 500 on a 7 day cruise but for purposes of this discussion we also purchase the majority of the pictures the ship photographers take and that adds about $200 to our tab at the end of the week.

Just so that your readers understand, that after reviewing these standard averages, keep in mind that you plan these cruises 6 months to a few years out. You have plenty of payment options including paying it off monthly including shopping for your extra activities. Many cruise lines include the ability to book airfare through them that will get you to the Port in plenty of time to make the ship.