8 Best Things to Do in Grand Turk Island, Turks and Caicos

Don’t go to Grand Turk if you’re looking for a bustling shopping district or cutting-edge cuisine. Despite housing the territory’s capital (the Turks and Caicos islands are a British Overseas Territory), this beach-lined isle feels like a small town, where locals know each other by name. Only 7 miles long and 1.5 miles wide, Grand Turk, inhabited by 4,500 people and hundreds of wild horses and donkeys, has a lot more to offer than the coral reefs it’s famous for. 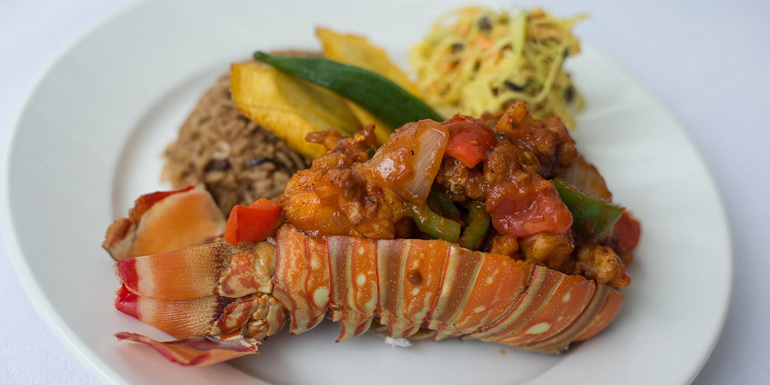 Breakfast: Ari’s Kitchen on Wheels – Across the street from Her Majesty’s Prison, the out-of-commission jailhouse built in the 1830s, Ari’s Kitchen on Wheels is a newly opened food truck serving up island food that’s a blend of Dominican and local styles. Stop by for a hearty helping of fried plantains and corned beef or codfish grits — all for a mere $8. Just be prepared to wait: Tostones are cut and fried in front of you, and the cooks take their time talking to locals who stop by to gossip.

Dinner: Barbie’s – Barbie’s is located in a small rundown building in the “downtown” part of Cockburn Town, but don’t let the exterior scare you away. Hang with the locals, kick back a cold Grand Turk Beer ($3), and make a free call to the U.S. or Canada while you wait — and we do mean wait — for your food. Try the platter of conch fritters (six for just $2) or the whole fried snapper with homemade hot sauce.

Tip: Stop by local favorite Misick’s bakery (open 8 am to 6 pm daily) for a loaf of freshly baked bread or pastries. 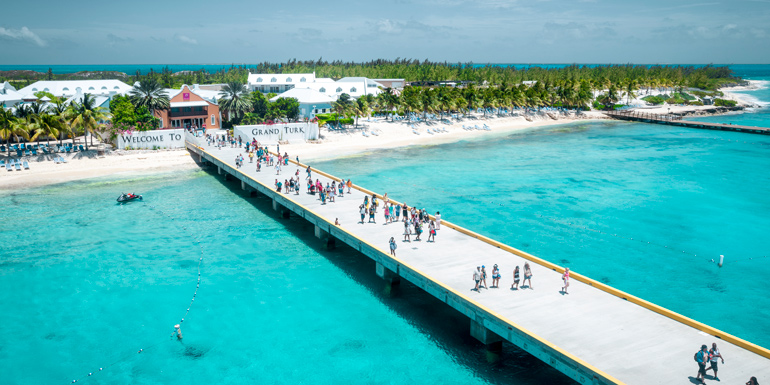 For Everyone: Front Street – Lined with blooming trees and attractive colonial buildings, Front Street leads into “downtown” Cockburn Town. Take a two-minute taxi from port to where the street begins, and meander down to the brightly colored government buildings, the small square where old cannons still face out to sea, and further into the heart of downtown.

For Couples: Pillory Beach – With clear turquoise waters, Pillory Beach is the prettiest on the island. Looking to do something special with your sweetheart? Have the gourmet restaurant at the Bohio Dive Resort (located just offshore) fill up a basket of goodies, and charter one of its boats to a nearby key for a private picnic. 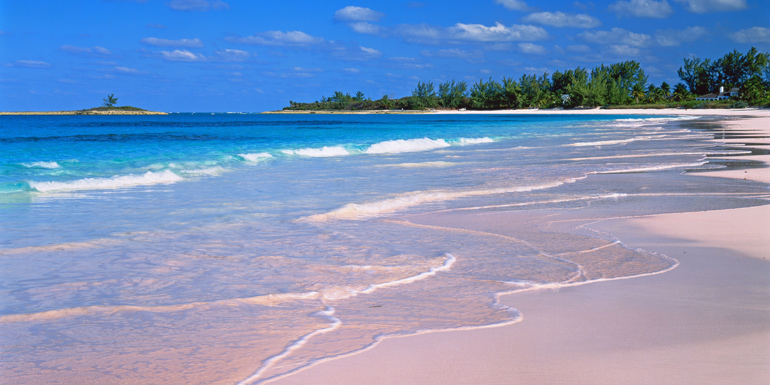 Governor’s Beach – Situated directly in front of Waterloo, the residence of the British governor appointed to the territory, this calm stretch of beach is the perfect alternative to White Sands Beach, which attracts most of the cruise passengers due to its close proximity to the dock and wide array of water sports. A five-minute taxi ride from the ship, Governor’s Beach is shaded by towering Casuarina trees and is often serenaded by local musicians playing traditional island melodies for tips. Though more secluded than White Sands, this beach still gets crowded by 11 am, so go early.

For Families: Turks & Caicos National Museum – Kids will get a kick out of the artifacts — including guns and crossbows — on display in this historic building, circa 1850. Equally impressive are the pre-Columbian artifacts of the indigenous Lucayan people, including a ceremonial chair that’s more than 1,000 years old. 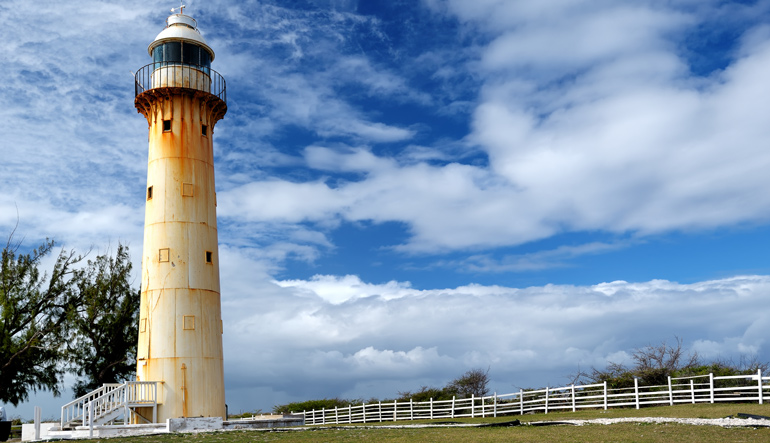 For the Adventurous: Grand Turk Lighthouse – The Grand Turk Lighthouse, located on the highest peak of the island, was constructed in 1852 after complaints from trading ports that had lost ships to the island’s shallow reefs. Transported piecemeal to the island from London, the lighthouse stands 60 feet tall and is circled by wild donkeys hoping for a treat from a passerby. Don’t just stop at the landmark: It marks the beginning of a path that will lead you along cliff tops to a deserted beach.

Stop and listen to "Skeets," the local musician who plays nothing but gospel in downtown Cockburn. Rumor has it that he was once a petty criminal who has since "found God." He plays every day of the week, rain or shine, without a tip jar. 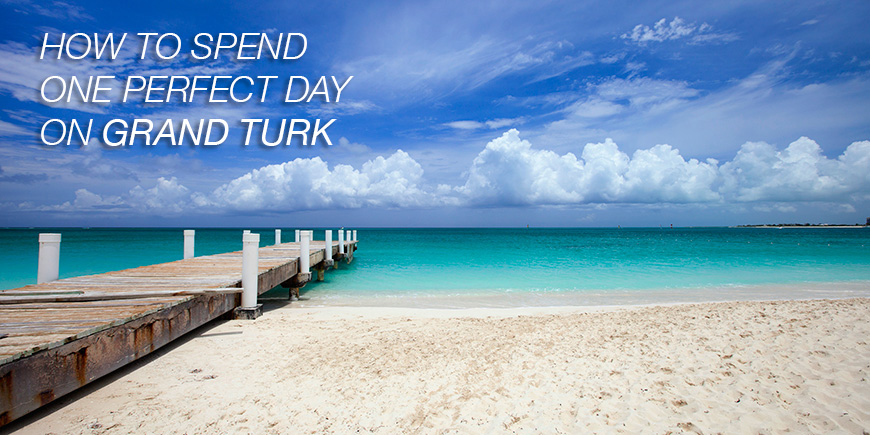 Where are your favorite places to go in Grand Turk?

gypsywidow, you might want to pose your question in our forum. More cruisers will see it there: http://cruiseline.com/forum

I will be leaving on a 21 day cruise to the eastern caribbean in Jan 2016, Grand Turk is one of the port's. I was wondering, since I am traveling by myself, for the first time, would it be ok to rent a car and go to the lighthouse by myself? Is it safe to go exploring on my own? any advice would be greatly appreciated. I haven't been a widow long and I love to travel. I know I have to be smart but I love photography and would love to just go all over the island to shoot pictures. Thanks, Gypsy

The best thing for me in Grand turk was when I found the massage cabana by the Casino. Awesome experience!!! I had a 15min massage and had another 30 min. It was soooo goood!!! Better than the ship one and much more reasonable than the one offered on the cruise terminal. With $20 pp for 15mins you can't beat it. The time in port was short so I opted to stay on the beach and just relax. It was after a spell of horseback riding that I decide to go for my second massage. The food at Margaritaville was really good with huge helpings and the wait staff were nice and courteous. I absolutely loved this port with the beach being right there without you having to take a cab....

We went to Grand Turks back in 2009 and had a GREAT time! We rented a car and saw the whole island (which isn't very big). At that time we didn't see any donkey's around the lighthouse but we did see some others around the island and wild horses (if I remember correctly). We enjoyed our time away from the usual "tourist" areas and loved being able to learn about the island and the history. I would suggest that anyone who goes to the lighthouse do follow the path and be adventurous and find hidden spots that you can enjoy!

Jimmy's Dive bar. Try their "shark bite" specialty drink. For a great walk on the beach go south of Club Med. Coch shells laying all over the place. Also watch out for the naked beach area.