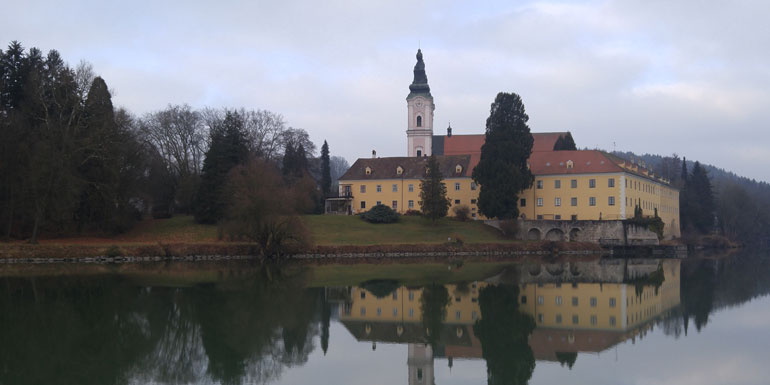 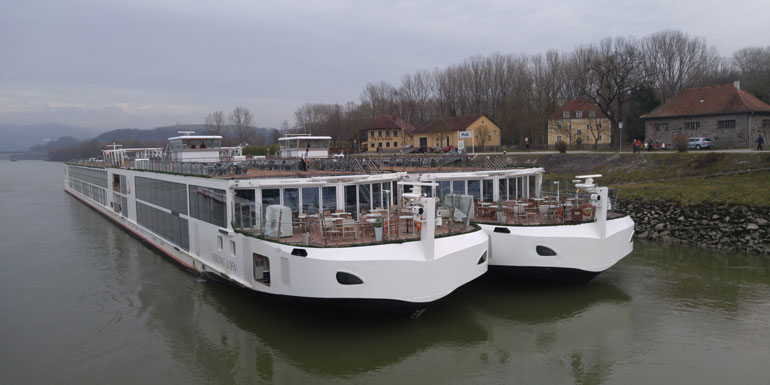 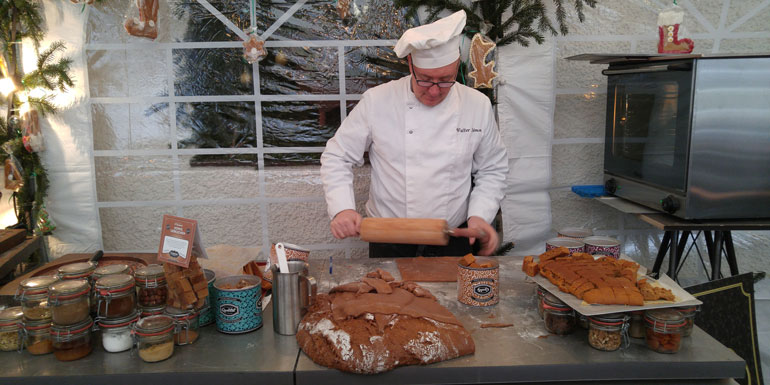 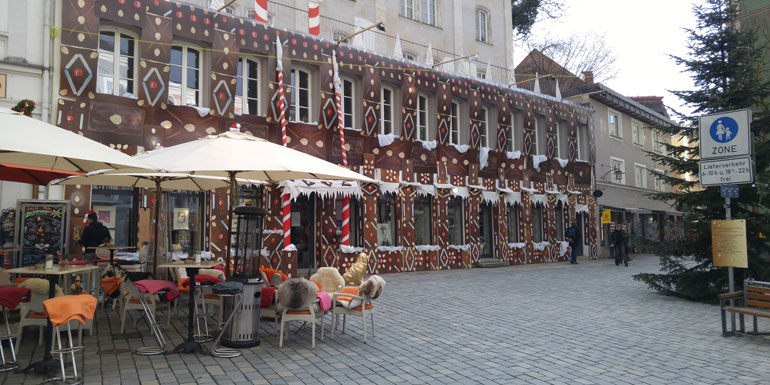 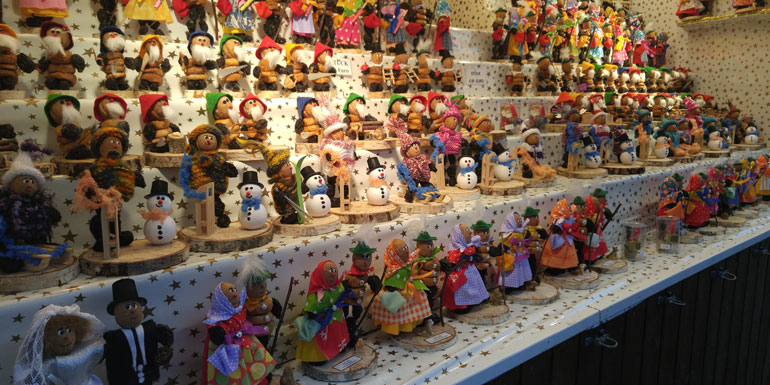 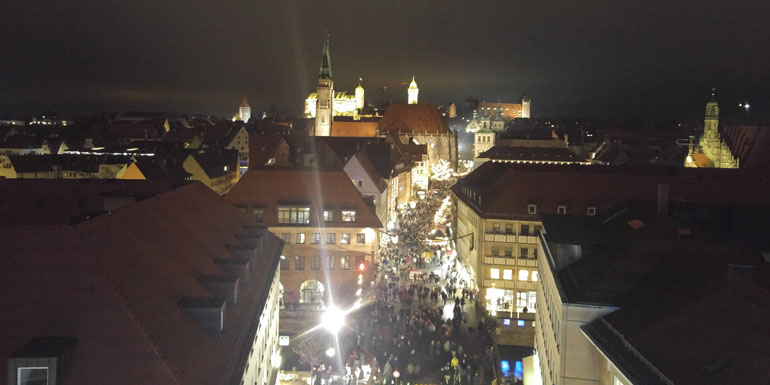 We continue our trip down the Danube with Lisa Niver. See Part 1 here.

Viking Atla docked in town in Passau, Germany. Our walking tour included Christmas markets near St. Stephen’s Cathedral and a traditional gingerbread tasting and demonstration at Cafe Simon. I loved the chef’s energy and learning about the different types of gingerbread made with honey and molasses.

14. The Inn River and Scharding, Austria

In the afternoon, we took a Bavarian cruise on a small ship. The reflection in the calm water was stunning, and even though it was a cold day on the water it was very beautiful. On one side of the river was Austria and the other Germany. In the evening, we explored the Christmas market of the small town named Scharding. Different trade unions had specific color so people could know which guild was inside, orange was the color for the money changer, blue was for the butcher, and red for the baker.

15. Regensburg, Germany and its Jewish History

For Chanukah, Shabbat and my dad’s birthday on Friday December 11, I explored what was the oldest Jewish Community in Southern Germany with Sylvia Seifert of Shalom in Regensburg. The unique memorial Stumbling Stones has small stones on the street where Jews lived. The eldest document in which the Jewish community of Regensburg is mentioned, was written in the year 981.

Porta Praetoria was built in 179 AD and is nearly 2000 years old. In 2006, this town was named a UNESCO site including the bridge which is over 800 years old. After World War 2 this is where Oscar Schindler and his wife lived. We saw brides at City Hall as many people get married on Friday. We had a lovely stroll through this incredible and historic town.

In the afternoon, I had the opportunity to visit the BMW Factory in Regensburg. Watching the robot ballet to create cars from start to finish was incredible. I loved seeing how BMWs come to life. In the evening the Christmas market of Kelheim was alive with music, children and treats.

Back on board, we had Bavarian dinner with live music and our hotel manager even donned an apron to help cook our meal. Our fantastic crew sang Christmas carols in the evening and we sailed through more locks in order to get to our next port of call, Nuremberg, Germany.

18. The History of Nuremberg

Our final port was Nuremberg, Germany. We visited Zeppelin Field which was the former parade grounds for Hitler and his Nazi soldiers. Several rallies were held here and there was a gold swastika which was the first thing blown up by the Allies when they arrived at the end of World War II. At the Documentation Center, there is information on the history of the war in the North wing of the Congress Hall. I spent time today being thankful that Hitler was defeated and he did not accomplish his terrible plans.

On our way to lunch at Essigbrätlein, the #VikingSocial team toured Nuremberg by bus. The restaurant has two Michelin stars and is housed in a former 16th century Inn. Our group of travelers enjoyed this special treat on our final day together.

Courtroom 600 is where the Nuremberg trials were held after World War II. Here a series of military tribunals were held by the Allied forces which prosecuted political, military, and economic leaders of Nazi Germany who were responsible for the Holocaust and other war crimes.

Saturday afternoon and evening at the Nuremberg Christmas market was spirited and enjoyable! This is one of the oldest and largest Christmas markets in Germany. There was live music and things to buy, eat and discover. I loved seeing the church and the Santa Claus flash mob!

22. My Favorite Things about Viking

I really loved my first cruise with Viking Atla. I want to share a few of my favorite things: everyday in my room there was fresh fruit and large bottles of water, as well as free WiFi and no adaptor needed for electronics. The included shore excursions were fantastic and the guides were remarkably knowledgeable, friendly and interesting! The entire team on board were always looking for ways to make my cruise better and more fun. I highly recommend a trip with Viking River Cruises. Come sail with me in Portugal, my next adventure with Viking Cruises.

Lisa Niver is the founder of WeSaidGoTravel.com.

What's your favorite part of a European river cruise?