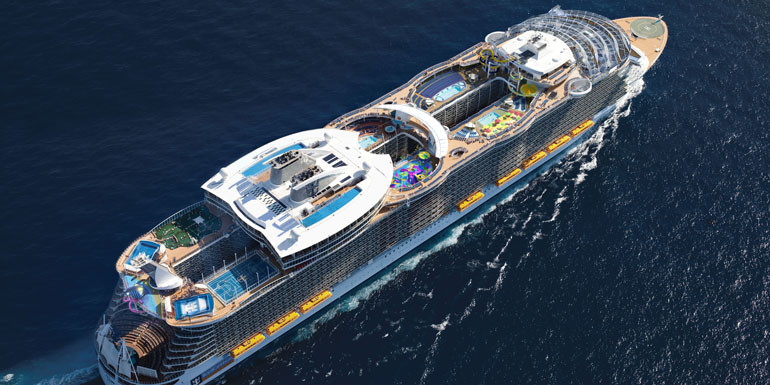 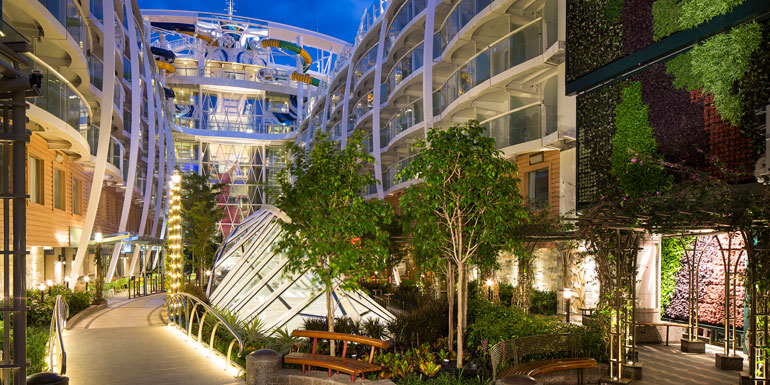 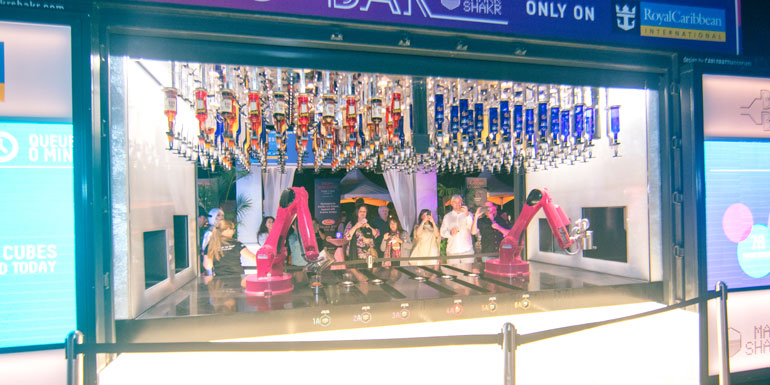 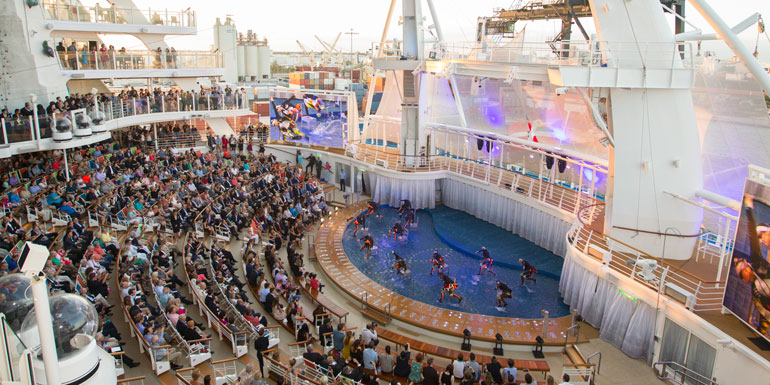 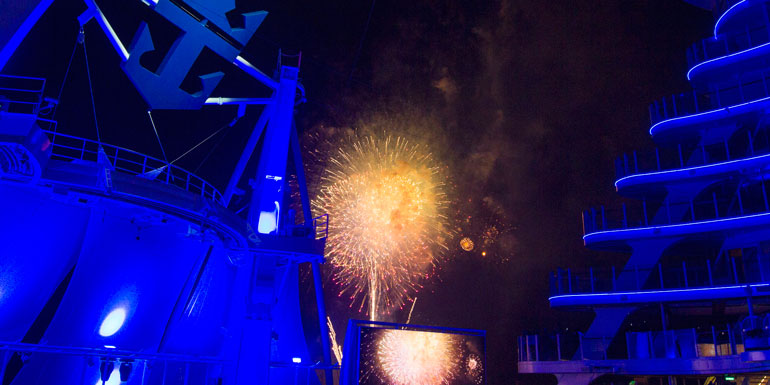 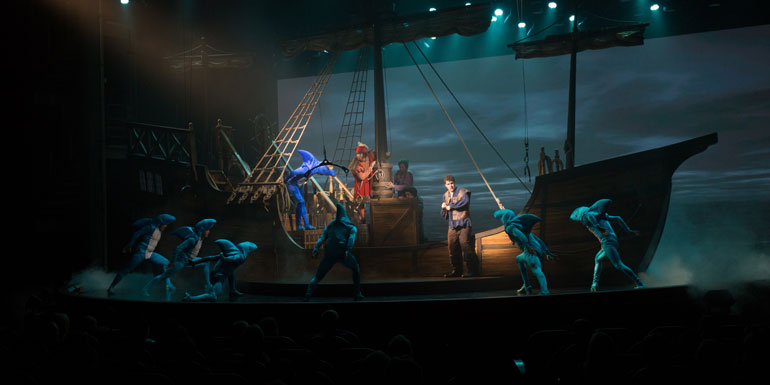 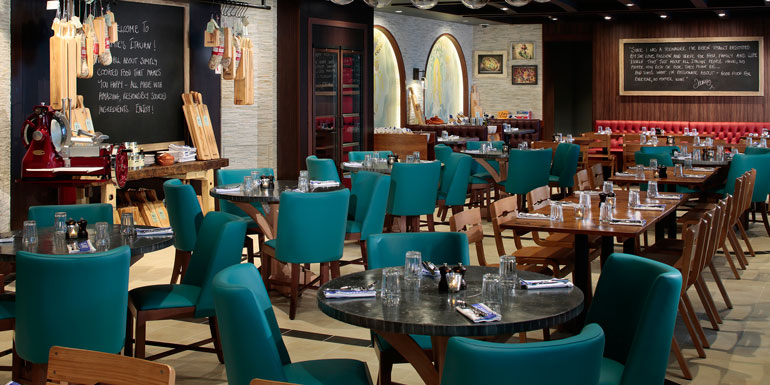 Those who are looking for an intimate connection with the water or who prefer smaller ships.

Harmony of the Seas is currently the largest cruise ship in the world, beating out her sister ship and predecessor, Allure of the Seas, by 2,400 tons and six feet. Harmony borrows a lot of successful features from past Oasis-class and Quantum-class ships, while adding a few new ones sure to make it a popular pick among those who favor big ships with all the latest bells and whistles.

Dining and entertainment options run the gamut here, offering something for just about everyone. Foodies won’t want to miss the post-modern menu and surreal environment on display at Wonderland, while kids of all ages (or at least those meeting the 44-inch height requirement) will get a thrill out of the Ultimate Abyss, the dry slide spanning 10 decks and tricked-out with an array of lights and sounds designed to amplify the already thrilling experience.

Like her sister ships, Harmony utilizes the latest technological advances to great advantage. Thanks to RFID technology, guests have the option to use either WOW bands or their SeaPass card for onboard spending and stateroom entry.

Staying connected during your cruise won’t be a problem with Royal Caribbean’s partnership with VOOM, marketed as “the fastest internet at sea.” While some passengers have favorably compared their at-sea connection to the ones they have in their homes, that seems a slight exaggeration. That said, the uploading and streaming speeds were far superior to those found on many other ships.

Harmony falls in line with the other Oasis-class ships where layout and design are concerned, with the distinctive Royal Promenade which runs through the center section of the ship and the aft-encompassing Aqua Theater. Although some might find the concept of the ship’s “neighborhoods” intimidating at first, they are actually rather easy to navigate. This is especially true once passengers realize that two of the neighborhoods are “Pools” and “Spa & Fitness.” (The other five are Central Park, Boardwalk, Entertainment Place, Young Zone and the previously mentioned Royal Promenade.)

Exploring Harmony, you’ll quickly realize that no matter the itinerary, the ship is something of a destination in itself. For example, Central Park has over 12,000 live plants for passengers to wander amongst while the Boardwalk area features a handcrafted carousel, an arcade and ends in the impressive Aqua Theater, built around the deepest pool found at sea.

There are plenty of pools and slides to keep you busy. - Photo by Royal Caribbean

No matter how you feel about the design aesthetic of the Ultimate Abyss slides which snake their way down the back of the ship, they are without a doubt among the most buzzed about features of the ship. Located just past the FlowRider surf simulators, staircases lead those who aren’t afraid of heights to a glass floor which serves as the thrill ride’s launching point. After slipping into something akin to a very fancy potato sack, riders plunge through the enclosed tubes and wind up – about 15 seconds later – in the Boardwalk area.

Pool wise, Harmony offers up two on the main deck, as well as a trio of waterslides, a kids splash area and quite a bit of space for lounging around the pool. The requisite hot tubs are dispersed throughout the ship, including a pair of whirlpools cantilevered 12’ over the side of the ship!

If you’re looking to hang ten or boogie board, the pair of Flowrider surf simulators on the back of the ship give you the perfect opportunity. Feeling adventurous, strap in and zipline over the Boardwalk on a thrilling seven-second ride through the very center of the ship.

Between the Royal Theater stage, the Studio B ice rink, and Aqua Theater performances, the evenings are packed with entertainment.

You’ll find two different production shows in the Royal Theater: Grease, a take on the Broadway musical; and Columbus the Musical, an original production telling the tale of Christopher Columbus’ luckless cousin, Marvin, and his voyage to the Caribbean.

The Aqua Theater features Hideaway Heist, a comedic high-diving show centered around a 50’s resort that pushes the boundaries of technology. You’ll also find The Fine Line, an acrobatic show filled with daring stunts in a 360-degree setting.

You can kick things up a notch in Studio B, where the production 1887: A Journey in Time is performed. Set in Paris, technology and figure skating combine to tell the story of one young woman’s journey across time and space.

Laughs can be found in the The Attic comedy club, but seating is limited, so you’ll want to make a reservation. Also be sure to check out Boleros for Latin dancing; the Boot and Bonnet Pub to enjoy a pint while listening to some acoustic guitar music; and the Schooner Bar if you’re looking to sing along with the piano man. Speaking of which, make sure to keep your eyes (and ears) open for the Stowaway Piano Player. With no venue to call his home, he pops up around the ship randomly, always ready to put on a show.

For kids, Royal Caribbean’s DreamWorks partnership means there are opportunities to meet popular characters and enjoy nightly parades. And for those 14-and-up, there’s a unique group-participation puzzle room called Escape The Rubicon that’s not to be missed.

When it comes to the main dining rooms, Harmony largely goes the traditional route with The Grande (Deck 4), Silk (Deck 5) and American Icon (Deck 3). Each of the spaces features a distinct design scheme, with American Icon offering traditional, set-time dining while the other venues are for those who opt for anytime dining.

The Windjammer (Deck 16) — aka the buffet — is spacious with plenty of seating. Breakfast tends to be the most crowded time of day, with the ship’s other venues helping disperse the hungry hordes at lunch and dinner times. A quick bite can also be grabbed at Sorrento’s pizzeria, Park Café in Central Park, the Boardwalk Dog House, and the Café Promenade. Looking for a scaled down, less-crowded version of the buffet? Head to the Solarium Bistro, where breakfast and lunch are complimentary, but dinner comes with a surcharge.

Other for-fee venues include Sabor Taqueria & Tequila Bar, Izumi Japanese cuisine, Johnny Rockets, 150 Central Park, Jamie’s Italian, Wonderland, Chops Grille, and the Vitality Café. With nearly 6,000 guests on board, reservations are recommended at the various specialty restaurants. Given the limited capacity in some of the venues, we’d actually say strongly recommended.

Still hungry? 24-hour room service is available, and there’s a Starbucks onboard to satisfy your morning caffeine craving.

Standard cabin with a view of Central Park. - Photo by Royal Caribbean

Harmony of the Seas has nearly 50 different stateroom categories and over 2,700 cabins. Across the board, the design aesthetic features muted colors, while the cabins themselves offer plenty of storage space, tech-head friendly USB outlets and – as has become practically ubiquitous across most cruise lines – energy-efficient component requiring a room key-sized card be inserted into a wall slot to in order to turn on the lights. (Hint: It doesn’t necessarily have to be your room key.) The bathrooms have plenty of counter space, racks and hooks, as well as a curved glass shower and a shaving bar for the ladies.

When booking, it’s important to note that not all balconies face the ocean. You can also opt for balconies overlooking Central Park, the Boardwalk, or the Royal Promenade. And guests who want to look out on the ocean but would rather not pay the additional cost, 72 of the inside rooms feature “virtual” balconies (aka high-definition floor-to-ceiling screens featuring real-time views, a faux railing and even piped in ocean sounds). Guests staying in these cabins can even choose to wake up to “natural” sunlight, as they would in a balcony stateroom.

Harmony also has a series of suites ranging from 287 to 1,524 square feet.

Splashaway Bay is a water park designed for the little ones. - Photo by Royal Caribbean

Harmony of the Seas has an extensive kids program. Here, a wide variety of options are available for the younger set. Adventure Ocean is broken down into three age groups and offers a variety of supervised activities for kids 2-11, all of which have a nautical theme. DreamWorks character breakfasts are available for $49 per stateroom.

Teens have their own space known as The Living Room, a dedicated area equipped with Xbox and a dance club that’s open until 2 a.m. The youth clubs are open while the ships at port. It’s important for parents to know that teens registered in the program do have the option of signing themselves out.

For $10 per hour, nursery personnel will take care of your smaller children, and for $20, a vetted babysitter will watch your tot in the comfort of your own cabin.

What feature are you most excited about on Harmony of the Seas?