8 Best Things to Do in Kahului, Maui, Hawaii

The marquee island for sun-seeking golfers, families, and honeymooners, Maui exceeds its reputation as one of the world’s most fabulous vacation destinations. It’s true: Oahu is where Hawaii residents might live, Kauai is where they go for seclusion, the Big Island offers variety, but Maui is where people go to play.

With talcum powder beaches, jungle waterfalls, a volcanic landscape, effusive sea life, haute cuisine, and award-winning luxury resorts, you’ll find every tropical pleasure here. Your most difficult task: choosing how to spend your limited time in a place with such an abundance of options.

Ships dock in central Kahului or Lahaina, so visitors who rent a car can choose their own adventure, either up-country or down the shore: a day sunning on a palm-lined beach, shopping, hiking to waterfalls, biking up the side of a volcano, or even spotting whales in the frothy surf. 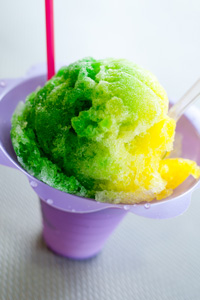 Shaved ice is just right on a hot day.
Photo by ShutterStock

Breakfast: Anthony’s Coffee Company – The charming sugar town of Paia is a throwback to old Hawaii: The main street is populated by barefoot surfers, and the day’s schedule is organized around the wave report. Here, the coffee house serves coconut-pineapple muffins (made with fruit grown on the island), as well as eggs Benedict topped with Hawaiian-style barbecue kalua pork.

Dinner: Sansei Seafood Restaurant and Sushi bar – Locals line up at 5:30 pm for happy hour at Sansei’s, where almost all of the menu’s wacky take on traditional Japanese fare is half-off for the first hour of service, as are drinks. Our favorites: the seared foie gras nigiri, the panko-crusted ahi, and the crab salad roll made with Maui-grown mangoes.

Dessert: Ululani’s Hawaiian Shave Ice – When President Obama vacations in his home state, you can be sure there will be a photo op of him in slippers (that’s flip-flops to us mainlanders) eating shaved ice — the snow cone of the islands — doused in local flavors such as li hing mui (a salty Asian dried plum), guava, or coconut.

Tip: Hawaii’s plantation past is evident at the many roadside trucks selling plate lunches, the kind of meal a field worker might have eaten. Affordable menus change daily, and the cuisines of Hawaii’s emigrants — Chinese, Filipino, Japanese, and Portuguese — are served in plentiful amounts, along with scoops of rice and creamy macaroni salad. 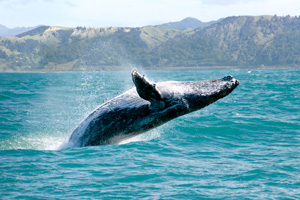 Look for whales from December to March.
Photo by ThinkStock

For Everyone: Mount Haleakala Summit – A view from the 10,000-foot crest of Haleakela is among the world’s great lookouts. There are several hiking trails, long and short, in and around the crater, but bring a jacket as the temperatures quickly plummet so far from sea level, even in the hotter part of the day.

For Couples: Spa Grande – Book side-by-side massages in your own beach cabana at the outrageous spa at the Grand Wailea resort hotel, then head to the spa’s hydrotherapy area for a circuit of steam rooms, whirlpool tubs, and other water-based indulgences. When you’re fully relaxed, head over to star Chef Alan Wong’s newest restaurant, Amasia, for an East-meets-West dinner.

For Families: Hawaiian Islands Humpback Whale National Marine Sanctury – Each year, thousands of humpback whales migrate to the calm and protected waters between Maui, Lanai, and Molokai to give birth and breed. Watch the sea giants as they fluke and breach from January to March in the National Marine Sanctuary; boats leave from Lahaina and Kihei.

For the Adventurous: Molokini Crater – One of the world’s top snorkel and dive destinations, this crescent-shaped island just off Maui is lined with a steep wall and is home to colorful coral, parrot fish, and even the local fish famous for the length of its name, humuhumunukunukuapuaa. Experienced scuba divers looking for a more serious adrenaline rush can drop down the wall to even deeper depths, where man-eating hammerhead sharks are known to swarm.

All beaches in Hawaii are public, even if they’re in front of an exclusive home or luxury resort. Don’t be afraid to park your towel on any stretch of sand that pleases you, ignoring the looks from less-informed hotel guests.