8 Best Things to Do in Falmouth Jamaica

Once a quiet coastal town, historic Falmouth has been revived. In March 2011, the port reopened with renovations that allow it to accommodate mega ships, providing a convenient halfway point between Montego Bay and Ocho Rios. Now businesses are steadily thriving: You’ll find a variety of shops in the terminal, as well as in the town’s Georgian buildings. Still rough-around-the-edges Falmouth is a mix of old and new Jamaica, so take the time to explore the cobblestoned streets. You’ll see locals heading to the market, and chatting with neighbors. The vibe is low-key and distinctly different from the island’s bigger towns. 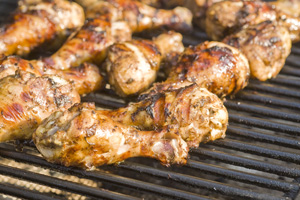 Jamaican jerk chicken is marinated in allspice.
Photo by ShutterStock

Breakfast: Club Nazz & Restaurant – If you want to try Jamaica’s national dish of ackee and saltfish — the equivalent of scrambled eggs mixed with dried cod — go to this restaurant in the heart of town. Get a side of banana and cornmeal dumplings, too, and you’ve got a bragworthy island meal. Expect to walk out full but happy.

Dinner: Glistening Waters Restaurant – If you’re lucky, your ship will be in port late enough for you to eat an early dinner at this restaurant, named for the nearby phosphorescent lagoon that glows in the dark. After a meal of curried shrimp or conch and seafood chowder, take the 35-minute lagoon tour and be dazzled by the light.

Tip: You can’t visit Jamaica without tasting a proper Jamaican patty, a dough-wrapped meat pie flavored with island spices. Locals debate which brand is the best, but our choice is a Juici outlet in Falmouth’s Lower Harbour Street for its proximity to the port. It serves traditional beef or chicken patties, as well as newfangled varieties like soy, mixed vegetable, and even seafood. 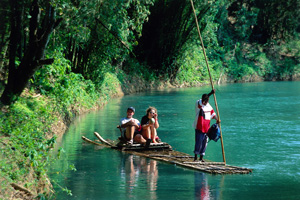 Sign up for a raft tour of the Martha Brae River.
Photo by Huber/Sime

For Everyone: Burwood Beach – Just 10 minutes by taxi from Falmouth, this is one of two public beaches in the Trelawny area. Improvements are being developed as more cruisers visit, but for now, facilities are limited. The government has invested in a multimillion dollar upgrade that will include shops, sanitary conveniences, a gazebo, restaurants, and a children’s play area. In the meantime, the water is clear and the sand is in top condition, making the scene already picture-worthy.

For Couples: Good Hope Great House – It’s fun to pretend to be master and mistress of the manor at this 2,000-acre former sugar plantation, which dates back to the 18th century. After a romantic horse-and-buggy tour of the lush, immaculate grounds, head to the antique-filled historic home for a lunch of Jamaican classics, such as pickled onion- and pepper-topped escovitch kingfish, bammy sticks (made from ground casava root flour), roasted breadfruit, boiled yellow yams, and steamed callaloo (a spinach-like green).

For Families: Jamaica Swamp Safari Village – Located in a natural mangrove habitat, this preserve offers a 1 ¼-hour guided tour. You’ll get to see 30 endangered American crocodiles being fed and observe the Jamaican boa constrictor, as well as the guinea piglike Jamaican coney, which was once thought to be extinct. You can even tour Jamaica’s only walk-through aviary to observe several species of rare local birds.

For the Adventurous: Island Routes – Sign up for a 3-mile, 90-minute float down the picturesque Martha Brae River on a 30-foot-long bamboo raft. The relaxing journey includes your raft captain letting you try to steer with the long bamboo pole — which is much more difficult than it sounds. Need more adrenaline? You can cross a jungle canopy via five different zip lines, and kayak along the Martha Brae River instead.

Should you decide you’d like to explore areas beyond Falmouth, it’s quite easy to do. Montego Bay is a 30-minute taxi ride away, and Ocho Rios is 45 minutes. Want to save money? Look into shared vans. 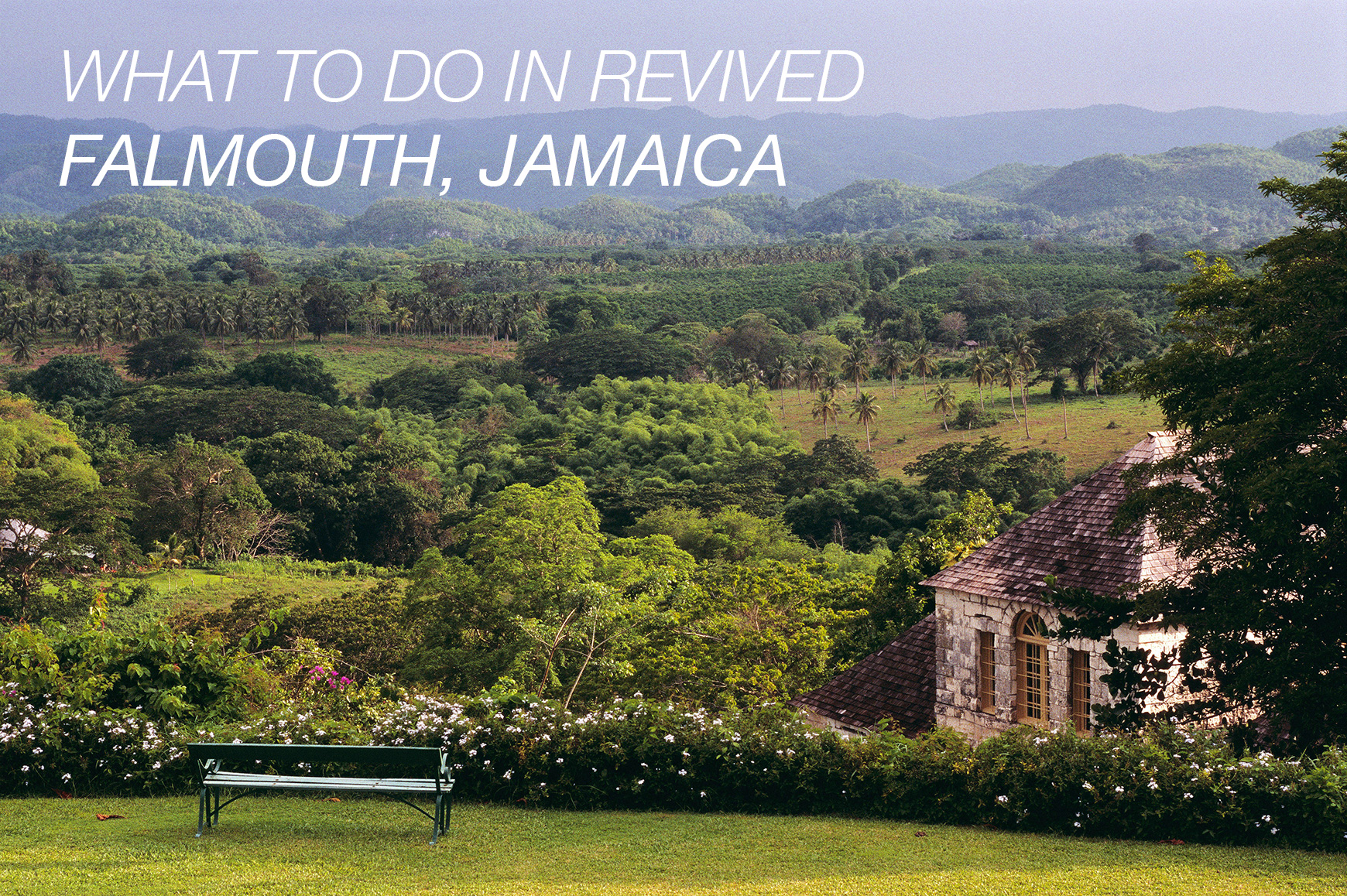 Spending the Day relaxing at a Beautiful All Inclusive Resort! Thank you resortforaday.com I loved Jewel Dunn's River Day Pass!