Eric Asks: Why is Princess Cruises the only cruise line to do Coastal cruises along the Pacific?

Hi Eric, Demand for Pacific Coastal cruises seems to come and go, with some years offering a greater variety of choices from more cruise lines. You're most likely to find coastal cruises on the schedule in May and September each year, as the cruise lines move their ships to and from the summer season in Alaska. The biggest reason Princess has so many coastal offerings is the sheer number of ships they have in Alaska -- a mind-boggling 8 vessels this year! Only Holland America Line with 5 ships in the Great Land even comes close. Princess, and to a lesser extent Holland, often moves their ships via shorter cruises along the coast, typically with 1 night sailings between Vancouver and Seattle and 3-5 night cruises from Vancouver to San Francisco or Los Angeles. The other cruise lines typically run the ships to and from Alaska as 14-17 night Panama Canal transits between South Florida and Vancouver, usually with at least one stop in California. But moving ships to and from Alaska isn't the only time cruise lines run Pacific Coastal sailings. Earlier this year, Celebrity Cruises based the Century in Los Angeles (http://www.usatoday.com/story/cruiselog/2013/08/23/celebrity-century-southern-california-los-angeles/2691505/) for a series of sailings that included wine country cruises and more. In 2009, during the height of the H1N1 flu epidemic in Mexico, Royal Caribbean reduced the number of Mexican Riviera sailings it offered and instead operated Pacific Northwest sailings on Mariner of the Seas and reported strong demand (http://travel.usatoday.com/cruises/post/2009/05/rcl-might-make-pacific-northwest-itinerary-permanent/66980185/1). 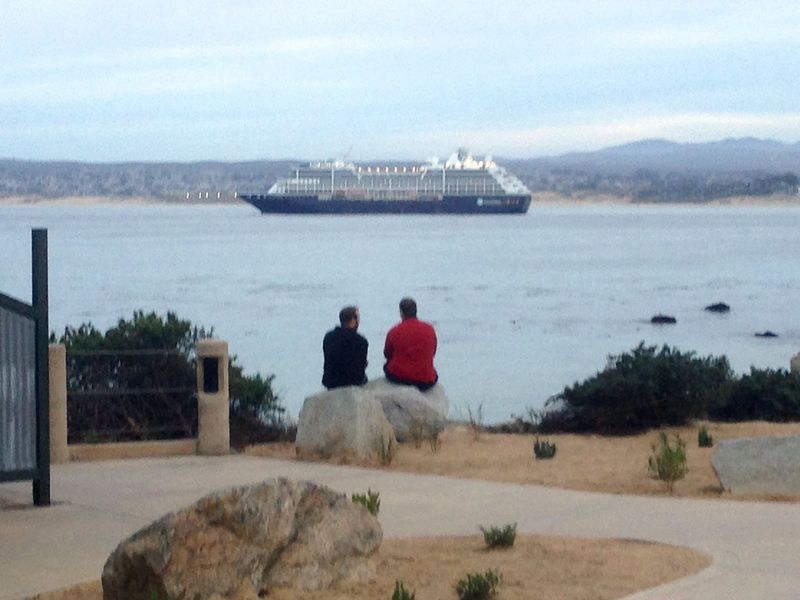 Locals watch the Azamara Quest docked off the coast of Monterey, California in February during her Wine Country Cruise

So, while there might not be any future Pacific Coastal deployments on the schedule right now, it's almost certain at least one cruise line has its' eye on the region for expansion; after all, there are lots of new ships ready to debut in the coming years, and they have to port somewhere!

I really like the Coastal Cruises , I have done a few....photo of Crown Princess in Santa Barbara 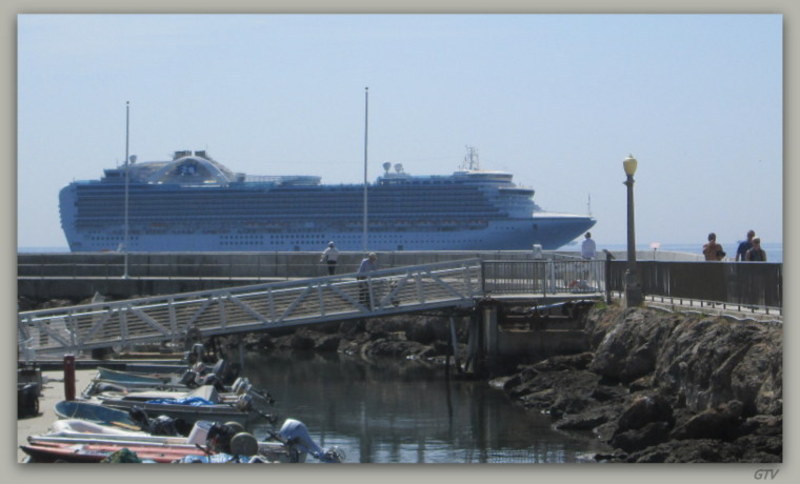 Thanks for the great question, Eric. I didn't even know that I wanted to know that answer until you asked. The answer was great, too. This was a terrific first question. This looks like it will be a wonderful place to get some questions answered.

Good luck with this feature on the site. I think that the site just keeps getting better and better as time marches on. Gloria

Just wanted to add in relative to the question, that I am booked on a HAL cruise in December leaving from San Diego going through the Panama Canal and ending in Fort Lauderdale. It is Back to Back from a HAL Grand Journey that leaves out of Seattle. I live on the other coast but at least we don't have to fly to a far off country to pick up the first cruise. Gloria

3 cruisers are following this discussion.

Allure of the Seas - August Allure

Celebrity Silhouette - The best cruise ever